The Daily Northwestern • May 31, 2013 • https://dailynorthwestern.com/2013/05/31/blogs/wiz-khalifa-will-headline-dillo-day-mayfest-announces-day-before-festival/ 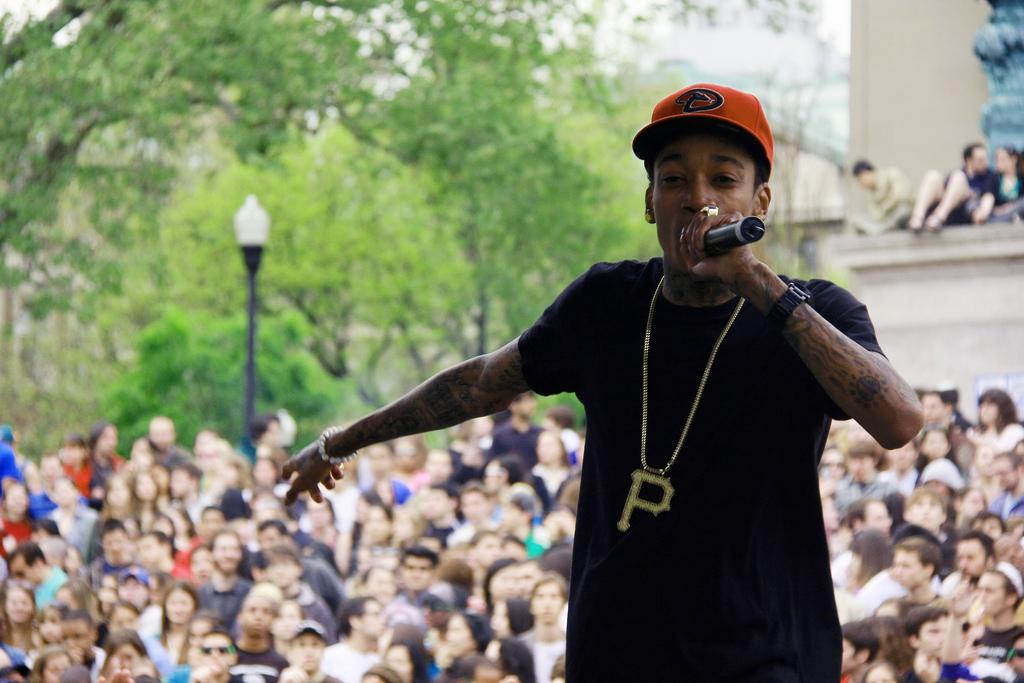 Pittsburgh-based rapper Wiz Khalifa will headline Dillo Day, Mayfest announced this afternoon. The announcement came just one day before the annual music festival, the latest headliner announcement in at least a decade.

Rapper Wiz Khalifa will headline Dillo Day, Mayfest announced this afternoon, just one day before he is scheduled to take the stage.

The Residence Hall Association is co-sponsoring the performance.

Khalifa, a Pittsburgh native who often raps about his affinity for marijuana, is known for hits including “Black and Yellow” and “Work Hard, Play Hard.” His latest album, “O.N.I.F.C.,” was released in December and peaked at No. 1 on the Billboard Rap Albums chart.

“A big thing that students always stress on the day is song recognition,” said Jeremy Shpizner, Mayfest co-chair and a Communication senior. “We think because he’s such a prominent hip hop and pop artist that people are really going to get into the performance.”

The news of a headliner came after weeks of anticipation by Northwestern students as the all-day music festival neared. The organization has not waited until the week of Dillo Day to reveal a headline act in at least 10 years.

Mayfest issued an apology earlier Friday for the lack of transparency throughout the process. The organization said this year’s delays resulted from challenging contract negotiations.

“This year’s contract process has been uniquely demanding; please know that we would not be waiting this long to announce unless we had absolutely no other choice,” the executive board said in a news release.

Indie rock band Walk The Moon will open the Saturday show, followed by rapper Danny Brown, ’90s rock band Smash Mouth and electronic producer Lunice. The student performers who won the battles of the DJ and bands will also perform.