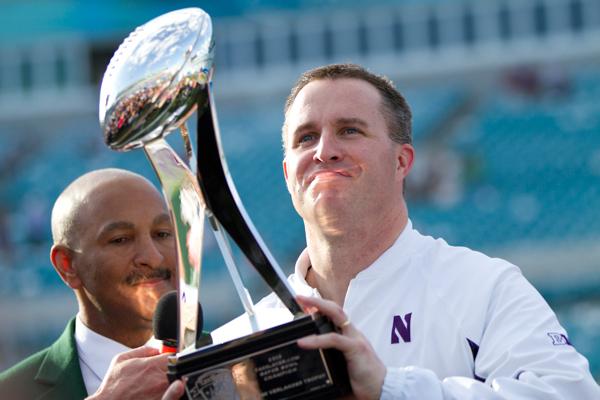 Another athletics season has come and gone and 2012-13 was kind to many of Northwestern’s 19 athletic teams. The Daily reflects on the past nine months and highlights the best of the best in six distinct categories.

Team of the Year: Football

There are many reasons why the football team deserves to be our team of the year for the 2012-13 season.

Northwestern won its first bowl game in 64 years by beating Mississippi State in the Gator Bowl. The Wildcats won 10 games for the first time since they went to the Rose Bowl in 1995. Better yet, they were just a handful of plays away from being undefeated.

However, we decided the football team deserved this honor because of what it did for the NU community. There was no person with a connection to the purple and white that was not celebrating Jan. 1. There was no doubting the extra pep in everyone’s step when Winter Quarter began and we had a bowl champion. The football team united this campus like few athletic teams have done in the past and for that and all of their amazing accomplishments this season, the football team is The Daily’s team of the year.

Game of the Year: Northwestern vs. Michigan, football 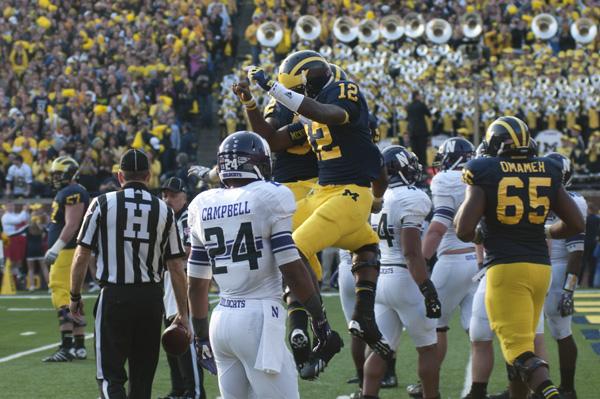 I’m sorry — the season is over, so maybe we can laugh about this one now? Northwestern’s overtime loss to Michigan was the most Northwestern thing to ever happen. There was the underdog status. The spirited effort. The late lead. The “We have this win in the bag — wait, why did I say that?” moment after the Wildcats converted a late fourth down. Then there was the Hail Mary. The Gator Bowl was monumental — this game was memorable. NU may never play a game that unbelievable ever again. It’s going to be a long time before we forget this one. The bowl wins will pile up, but the Michigan loss will sting for a while.

Coach of the Year: Pat Fitzgerald 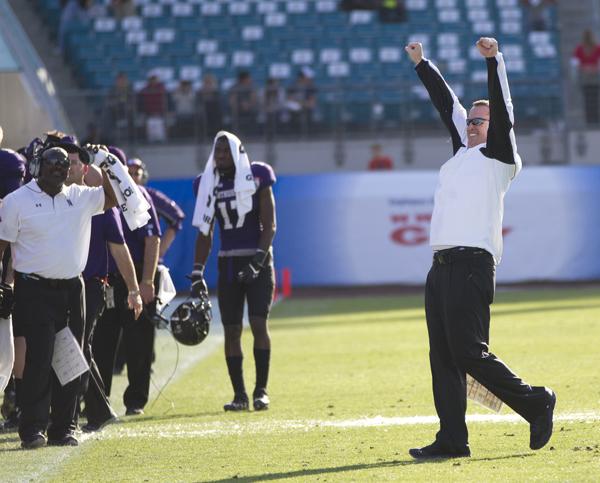 If it is hard to avoid hyperbole about Pat Fitzgerald’s time as head football coach, it’s because what he has done in seven seasons at Northwestern’s helm is remarkable. Despite a nagging tendency to blow late leads, the former NU linebacker has the Wildcats near the top of the Big Ten with a culture that belies major-program status. And of course, Fitzgerald’s 2013 wasn’t half bad either, leading the team to its first bowl win in 63 years and snaring high-profile recruits left and right. Here’s some perspective: Bob Voigts, the last football coach to lead the ‘Cats to a bowl victory, was 58 years old when Fitzgerald was born. For being the first-ever NU football coach who did not serve in the United States Navy during World War II to win a bowl game, Pat Fitzgerald is our coach of the year. 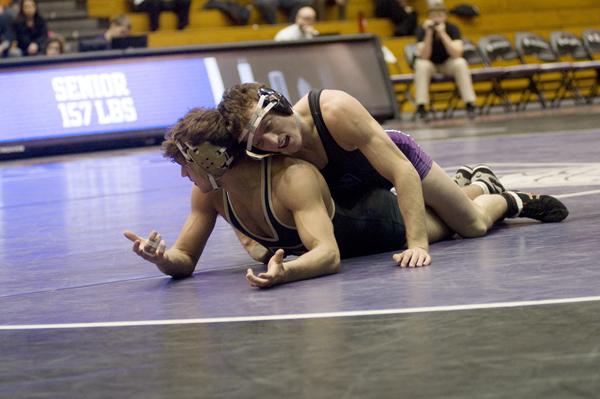 Jason Welch wrapped up a dominant career with a second-place finish at the NCAA Wrestling Championships in 2013. But the final bout of his career does little justice to his last season in Evanston. Welch won his first Big Ten title by defeating James Green of Nebraska on a last-second pin, earning revenge for his only loss during the regular season. He struck fear in the hearts of his opponents and was a threat to pin every single one of his opponents, as evidenced in the Big Ten title bout and his NCAA quarterfinal with Dylan Alton, when a late tilt gave Welch back points and the match. For his efforts, Welch was rewarded with his third straight All-American honor. Ultimately, Welch left a legacy worthy of his No. 1 recruit status with which he entered Northwestern. 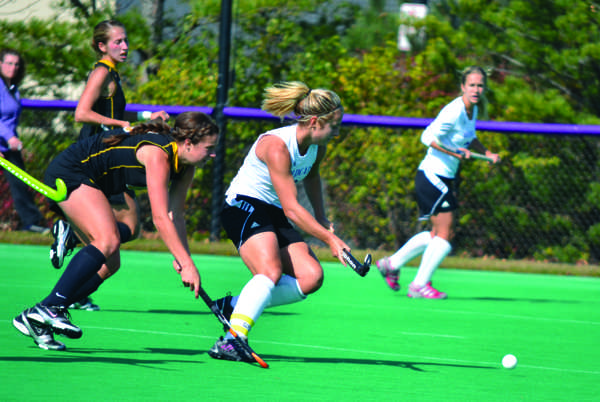 On Oct. 21, Chelsea Armstrong cemented her standing as not only the top field hockey player ever at Northwestern but also one of the best scorers in collegiate history.

That day, Armstrong tallied four goals against Missouri State, the last one the 100th of her career. With that centennial strike, the senior became the first Wildcats player and ninth player in NCAA history to reach triple-digit scores.

The moment highlighted another spectacular season for the Aussie, who was also named Female Athlete of the Year by The Daily a year ago. Armstrong scored a program-record 29 goals in the fall of 2012 and now holds three of the top four scoring totals in NU history. She finished the season second in the country in goals per game and was named first-team All-Big Ten for the fourth consecutive season and first-team All-America for the second straight year. She can now add a second consecutive award from The Daily. 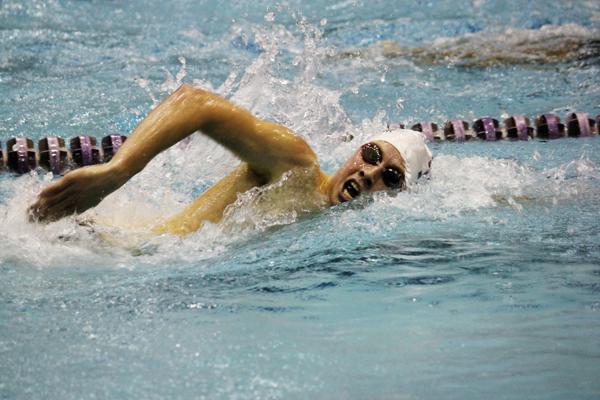 With his 5-foot-9 frame, freshman Jordan Wilimovsky is not built like most swimmers. Then again, he also does not perform like the majority of them.

The distance freestyler took the Norris Aquatics Center by storm in his first season in Evanston. In only his fifth event as a Wildcat, Wilimovsky didn’t just beat an 8-year-old pool record in the 1,650-yard freestyle event — he crushed it by four seconds, an eternity for a swimmer. Wilimovsky was not even close to being done with breaking records. Four months later at the Big Ten Championships, he clocked the fastest 1,650-yard freestyle time in school history, kissing a 9-year-old record goodbye. The Malibu, Calif., native also became the first NU freshman since 2006 to qualify for an individual event in the NCAA Championships, where he would break his own record in the 1,650-yard freestyle event.

Without a doubt, NU fans should make their way to the Norris Aquatics Center next year to watch this budding star continue his record-breaking career.