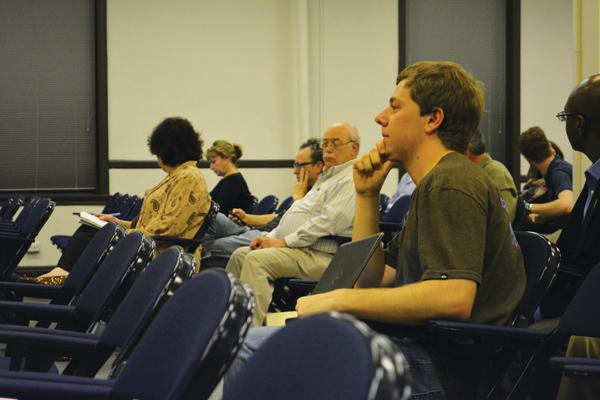 Although no one has ever been evicted for violating the “brothel law,” the city plans to enforce a watered down version of the occupancy ordinance should City Council pass it, Mayor Elizabeth Tisdahl said Tuesday night.

At a Planning and Development Committee meeting, aldermen discussed potential changes to the over-occupancy rule, which prohibits more than three unrelated people from living together in a residential unit. Associated Student Government members attended the meeting to represent off-campus Northwestern students.

The amendment would increase the number of unrelated people allowed to live in a single unit from three to four. Apartments could house up to six unrelated people as long as there are an equal number of bedrooms as tenants and the landlord applies for a safety permit.

The commission referred the bill to the city’s Plan Commission, which will meet July 10 to review the ordinance. Ald. Don Wilson (4th), who wrote the proposal, said the ordinance would likely undergo further revision at the meeting.

“I feel like there is a general sense of support,” Wilson told The Daily after the meeting. “I didn’t have anyone overly concerned.”

“Raising the blanket limit from three to four, that will legalize the large majority … of housing that … has been basically illegal,” said Monacelli, a former Daily staffer. “On all counts, it is a huge win for students if it’s passed.”

Handler proposed that the number of bedrooms in a unit be at least two-thirds of the number of unrelated people living in a unit instead of the equal number in the current proposal.

“In a dream world, we would like to have identical standards as they are for related people,” Handler said. “It shouldn’t be the purview of city council to be questioning the blood line of residents.”

Monacelli called the proposed changes the most “fleshed out version” of much-discussed reforms that he has seen thus far.

“Everyone was on board with some sort of change … with the basic idea that safety comes first,” said Kevin Harris, ASG’s new community relations vice president.