The Daily Northwestern • May 25, 2013 • https://dailynorthwestern.com/2013/05/25/sports/womens-golf-northwestern-finishes-season-with-solid-performance-at-ncaa-championships/ 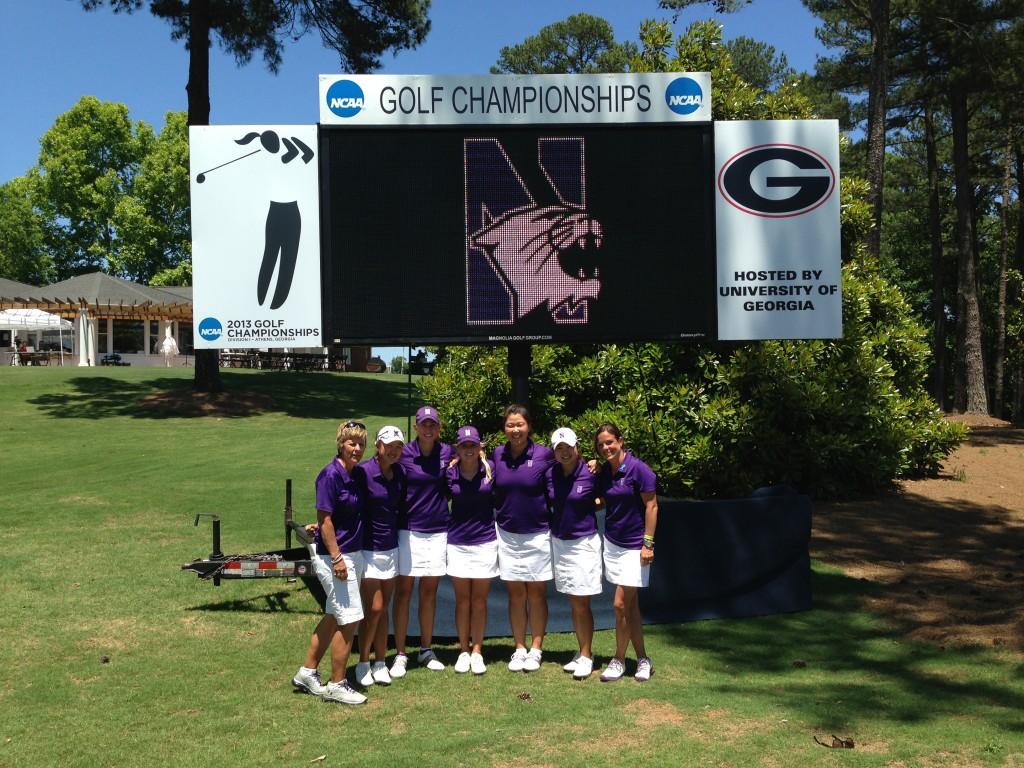 The season has officially ended for Northwestern, and the team has little to complain about.

The Wildcats completed the four-day, 72-hole marathon known as the NCAA Championships on Friday, finishing the tournament in 15th place among the 24 competing squads.

Although that meant a final placement on the lower half of the leader board in Athens, Ga., NU actually came out of the event a relative winner. The No. 24 Cats outpaced four teams in the top 20 and finished behind just two that ranked below them.

Coach Emily Fletcher contended her team did not play four perfect rounds of golf, but that it was ultimately a fine effort.

“It was really close the last couple of days to being a lot better, Thursday we really hung in there for 13 or 14 holes and then struggled a little bit on the backside and we struggled on the second nine Friday as well,” Fletcher said. “But I’m very pleased with the performance of our players, they got off to a good start the first day and kept grinding throughout.”

For the third time in four tournaments, the enterprising efforts of Suchaya Tangkamolprasert led the way. The freshman opened the event with rounds of 71 and 72 that left her in a tie for 15th place, and although she recorded scores of 76 and 75 over her last 36 holes, tougher conditions meant she would only drop eight spots into a tie for 23rd by the time the tournament had finished.

The freshman’s four-day total of 294 was 10 strokes better than any other player on the squad and had Fletcher gushing about her recent play.

“Suchaya was really solid these last couple of tournaments, really all spring she has played so well,” Fletcher said. “That’s the little competitor we recruited, she showed it a little in the fall and really worked hard to get her game back. She worked hard on her golf swing and it’s really exciting to see that hard work and dedication pay off.”

As for the rest of the team, nobody else played as spectacularly.

On a brutally difficult layout, sophomore Hana Lee managed to evade a score of double bogey or worse for all 72 holes, leaving her in a solid tie for 68th. Freshman Kaitlin Park, a first team All-Big Ten player, was not so lucky, as three double bogeys and a quad relegated her to a tie for 100th. Freshman Elizabeth Szokol certainly had the erratic week of the bunch, sandwiching a shockingly good round of 70 among three mediocre scores of 76, 78 and 82.

Whatever the scores turned out to be, though, this week was about Lauren Weaver. The senior was the clear team leader throughout this season and was one of the main building blocks of a program that produced a run within the last month that included capturing a Big Ten title for the first time in school history and advancing past NCAA Regionals for just the second.

Weaver was only able to muster a tie for 93rd in Georgia, but that did not stop her from appreciating the kind of squad that allowed her to play in the NCAA Championships in her final season.

“I didn’t have as much individual success this year as in the past,” Weaver said. “From the team aspect, though, this whole year was great because of what we accomplished and that being with this group of girls was just a great time. It was very fulfilling experience.”

Unfortunately, Weaver will not be on the team next year to try to help NU build on its stellar 2012-13 season. That does not deter her confidence in her teammates, though. In fact, the departing senior said she believed the team’s performance in Georgia was a validation that NU is a force to be reckoned with.