The Daily Northwestern • May 19, 2013 • https://dailynorthwestern.com/2013/05/19/multimedia/photo-gallery-northwestern-lacrosse-vs-penn-state/ 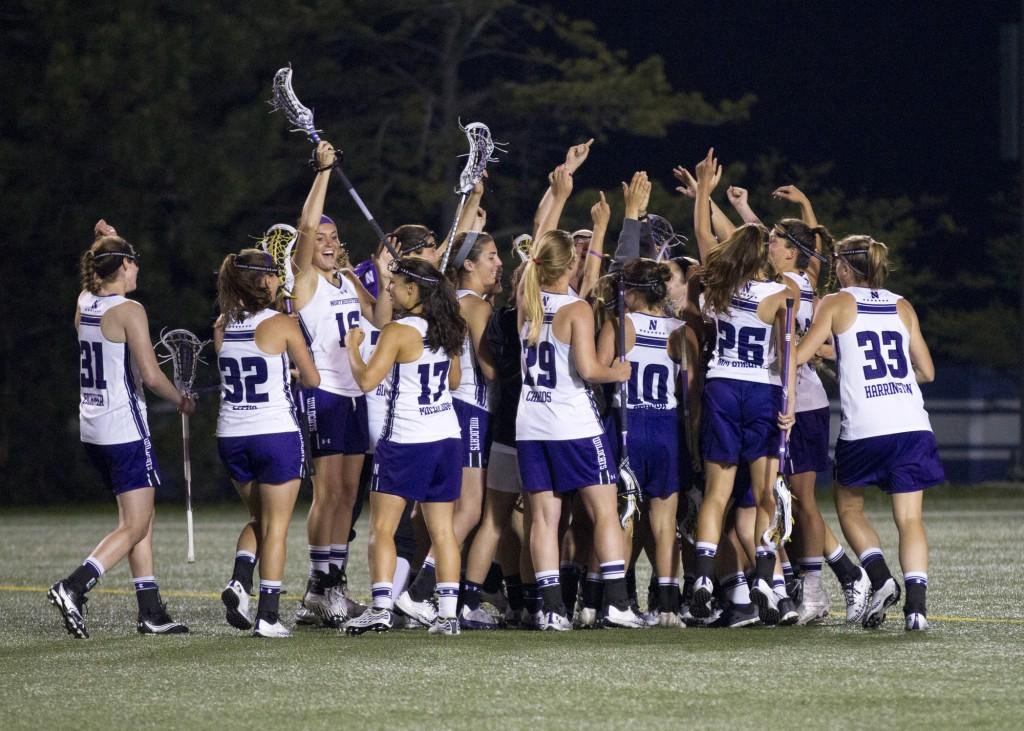 the Wildcats celebrate after their 15-7 win against Penn State in Saturday’s quarterfinals game. They will play North Carolina on Friday in Philadelphia in their ninth consecutive trip to the NCAA semifinals.

It took No. 2 Northwestern four minutes to score, and from there the Wildcats never let up.

NU scored five times before Penn State even manufactured a shot as the Cats advanced to their ninth consecutive Final Four with a 15-7 win over the Nittany Lions on Saturday night.

“We came out strong right from the first whistle,” coach Kelly Amonte Hiller said. “We’ve been focusing in on that, so we cannot be more excited to take another trip to the Final Four.”

The Cats started strong and early, scoring 13 goals on 20 shots in the first half while limiting the Nittany Lions to just 4 shots in the opening stanza. The run was fueled by NU’s 13-4 edge in draw controls.