The ‘Mother’ of all reveals 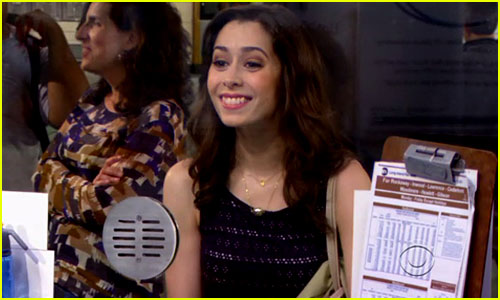 Broadway star Cristin Milioti was revealed as "the mother" this week in the season finale of "How I Met Your Mother."

Have you met “The Mother”?

After eight seasons, the answer is yes. “How I Met Your Mother” fans finally saw the mother in the season eight finale “Something New.” However, it will take the ninth and final season for Ted to officially meet her and for us to learn even her name.

Playing the mother, Broadway star Cristin Milioti showed up at a train station, bass guitar and yellow umbrella in hand, embarking on her trip to Farhampton to perform at Barney and Robin’s wedding. As early episodes have shown, Ted will finally see her at the wedding after multiple close encounters with his unnamed future wife.

‘HIMYM’ left me unsatisfied. I know what the mother looks like now, and over the course of the show have learned many other details about her and what the future is for the characters, but there are so many annoying unknowns that I’m left frustrated and desperate to learn about in the next season’s premiere.

The only true certainty left from this episode is that Robin and Barney are happy together and ready to get legend — wait for it — married. They end the episode by heading to Farhampton for their wedding, riding in a limo driven by Ranjit, who I’m very glad they remembered to include in the episode. He definitely deserves a wedding invitation.
Barney and Robin’s soulmate status was reaffirmed when they met their archenemies and worked together to break them up. “They’ve always been our archenemies — they just only revealed themselves,” Barney says. This scene showcased “Krirsten,” played by Casey Wilson, from “Happy Endings” and Keegan Michael Key, two under-appreciated comedians who I hope become recurring characters.

Ted is miserable throughout this episode, planning to sell his house and move to Chicago to avoid watching Barney and Robin live in marital bliss. This is kind of pointless because a) viewers know the house Ted renovated is the one shown when Ted talks to his children and b) Ted meets his true love soon and stays friends with everyone. The scene does have a great line when Ted brags about renovating his house himself, saying “It was pretty manly until I mentioned Ryan Gosling in ‘The Notebook,’ huh?”

Marshall has to choose whether to go to Rome with Lily or accept an offer to be a judge in New York. Marshall’s scenes are the funniest in the episode, especially when he is proposing ways to be a judge while in Rome. “I can’t telecommute? I couldn’t be the crazy speaker-phone judge? Could I be a hologram? Animatronic robot like Abe Lincoln from ‘The Hall of Presidents’ that I control from afar with a joystick?” Sadly, the answer was no.

Flash-forwards have shown that Marshall is in fact a judge in the future, but whether he becomes a judge this year is up for debate. This episode provides little resolution, but instead lures viewers into having to watch the premiere of the final season.

Hopefully the ninth season will open with the wedding and Ted meeting the mother. Thank goodness fans have been rewarded with at least seeing her because this is becoming one of the longest stories ever told. It’s left for the final season to connect all the clues about the mother’s identity and what happens between now and 2020.