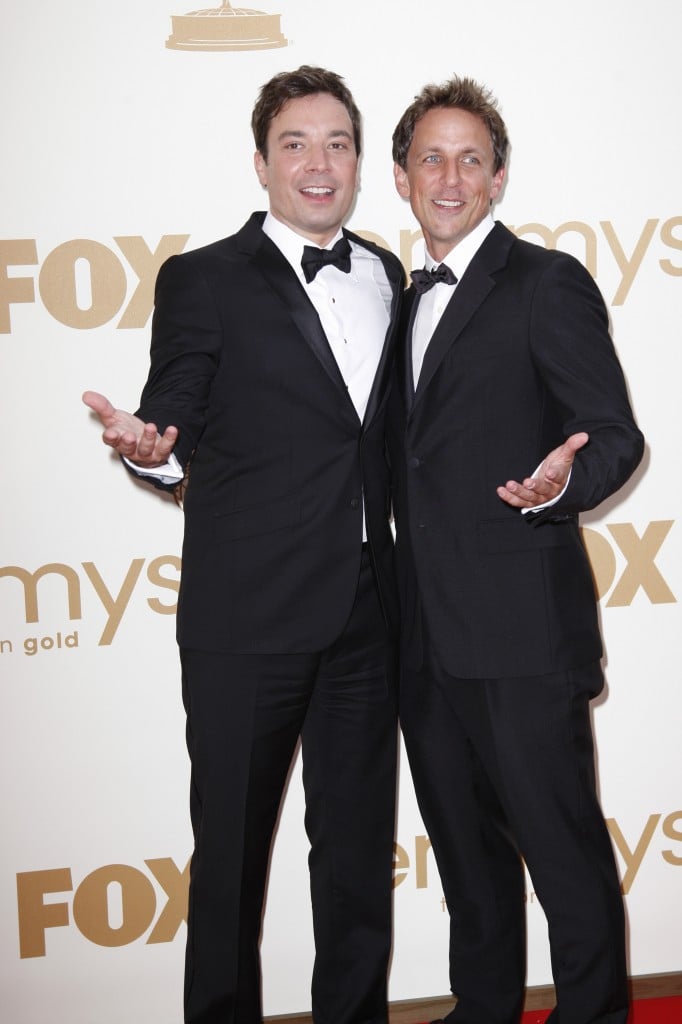 Seth Meyers (right) and Jimmy Fallon pose at the 2011 Emmys. Meyers (Communication '96) will replace Fallon as the host of NBC's "Late Night" next year.

One of Northwestern’s most famous alumni has more late nights ahead of him.

Seth Meyers (Communication ’96) will take over as the new host of “Late Night” when Jimmy Fallon leaves next year, NBC announced this afternoon.

“Since 1982, there have been three ‘Late Night’ hosts starting with David Letterman, and Seth couldn’t be in better company,” executive producer Lorne Michaels said in a news release.

“I only have to work for Lorne for five more years before I pay him back for the time I totaled his car,” Meyers said in the release. “12:30 on NBC has long been incredible real estate. I hope I can do it justice.”

The comedian has returned to NU several times since graduating, most recently as the 2011 Homecoming Grand Marshal.