The Daily Northwestern • May 8, 2013 • https://dailynorthwestern.com/2013/05/08/blogs/aroundtown/parolee-gets-nine-years-in-prison-for-commercial-burglary/

Parolee gets 9 years in prison for commercial burglary 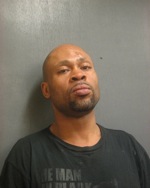 Andre Shearer, of the 200 block of Custer Avenue, was connected to the Feb. 17 burglary of a beauty shop in the 700 block of Howard Street. Shearer, 43, pleaded guilty to the felony charge, police said. In addition to the prison sentence, Shearer was fined $439 and has three years of mandatory supervision upon release.

Police picked up Shearer after noon March 7, taking him into custody in the 1100 block of Sheridan Road for harassing a man. Police said Shearer threatened to physically harm the man if he didn’t give him money. While Shearer was in custody, detectives matched him to the description of a burglary offender captured on video. Shearer admitted to stealing a television, video player and hair extensions from the beauty shop in the 700 block of Howard Street. At the time of arrest, Shearer was on parole for burglary with the Illinois Department of Corrections.