This week we’re obsessed with: ‘Doctor Who’ 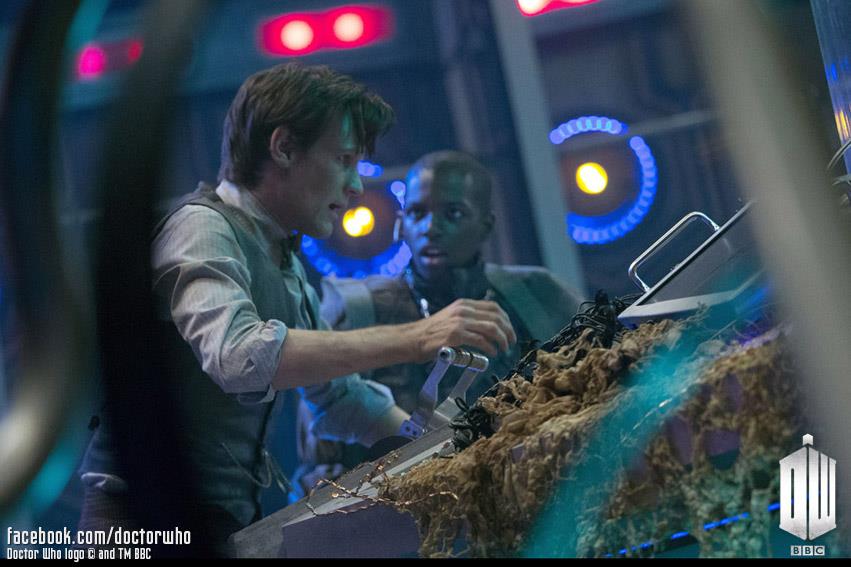 They bite their nails, fall off their chairs, cry hysterically and shake their fists in the air.

All these characteristics describe not the inmates of Azkaban, but one of the most emotionally charged television fandoms of all time.

The BBC’s “Doctor Who,” whose fans are known as “Whovians,” has come back this year in full force.

Originally premiering in 1963, the “Doctor Who” we know now came back in 2005 with new actors and some improved TV technology. This “New Who,” as the newer seasons have been nicknamed, is currently in the middle of its seventh season.

Almost every Whovian dreads the question, “So, what’s ‘Doctor Who’ about?” But in one sentence, it’s about an alien who travels through space in a time machine that looks like a British police box, usually with a human female to accompany him in saving the innocent beings of the universe. Simple, right?

But the show is about more than the star wars and evil aliens the Doctor encounters on his journeys through space and time. Head writer Steven Moffat, who has written episodes since the new series began, is especially interested in the complicated relationships between the show’s characters.

And as he has proven time and time again, he has the power to make you fall in love with a character — and the cold ability to tear your heart out. All usually within a single episode.

After a six-month hiatus, the second half of season seven premiered just when the touch of a “weeping angel” statue had sent two favorite companions of the Doctor, Amy and Rory, into the past. The Doctor, played by Matt Smith, whipped out his bedraggled-puppy self, waiting to find the next human with whom he could share his adventures.

Although I swore Amy and Rory could never be replaced, Clara Oswald, played by Jenna-Louise Coleman, has done more than a miraculous job so far. Being the Doctor’s counterpart isn’t easy, but both the character and the actress have the quick mind and sharp tongue to put the Doctor in his place while still lifting his spirits.

Watching “Doctor Who” is not something you do alone, even when you’re curled up in bed catching up on the week’s newest episode. The show’s following is so invested that even the smallest plot points are given extreme analysis and detailed opinion in discussions among fellow Whovians. Although Tumblr seems to be the driving force behind the craze, real-life clubs and conventions are also frequented by the fandom, and usually in costume.

“Doctor Who” is unlike any show I’ve ever seen. If you’re watching, keep your eye on that Doctor-companion relationship because it’s getting interesting. And if you’re not — well, your Saturday nights are probably significantly more emotionally stable.