The Daily Northwestern • May 1, 2013 • https://dailynorthwestern.com/2013/05/01/thecurrent/disconnect-a-reflection-on-internet-safety/

‘Disconnect’: A reflection on Internet safety 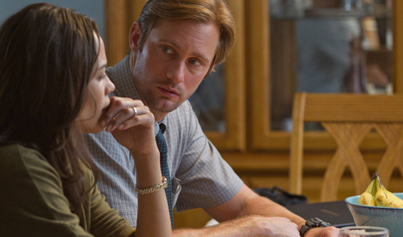 Alexander Skarsgard and the other characters of “Disconnect” face the consequences of their online interactions in real life. Although the film’s plot was somewhat cliched, it ultimately raises important questions about Internet safety.

Although “Disconnect” was released in select theaters a while ago, the allure of the preview never left my mind. In a world where the Internet seems to run our lives, I find myself constantly drawn to films or shows that examine the relationship we have with our technology. After “Catfish” was released, an entire generation seemed to take interest in the way we interact with others online. “Disconnect” looked to dive into those interactions in an interesting and creative way, so I was excited when I finally carved out the time to watch it in a theater.

“Disconnect” was no cinematic stroke of genius, but the story roped me in. “Disconnect” weaves together the narratives of people whose lives have been affected by the time they spent searching for human interaction online. A husband and wife have their bank accounts drained by a computer hacker, a young boy is heavily affected by the naked pictures he thought he sent to a trustworthy girl and an ambitious journalist meets an exploited teen who may be her ticket to the big leagues. For the most part, their lives intertwine to create a fluid script, but the film can seem a bit choppy at times, cutting between different families and lives.

The plot of “Disconnect” did lack a bit of creativity, however. Screenwriter Andrew Stern didn’t necessarily step out of the box when brainstorming the cliched roles of Internet users. When tackling such a broad and heavily covered topic like online interactions, I’m partial to believing that a little more imagination should be involved. It may have even added to the overall message of the film.

However, the visceral nature of the movie captivated me. The scenes are gritty and real. Whether it’s Jonah Bobo’s character completing a math test or Alexander Skarsgard’s character playing poker alone in a hotel room, these scenes made me feel closer to the characters and identify as much as I was capable of with their struggles. I guess the honesty and realness throughout the movie partially made up for a minor lack of creativity on the script’s part.

The storyline featuring Bobo’s character was probably the most powerful. Bobo plays the role of a young boy named Ben who falls prey to two middle school bullies. The venomous pair creates a fake Facebook profile and persuades Ben to send them a naked picture, which spreads throughout the school and leaves Ben on the brink of death after a suicide attempt.

It’s a story similar to the ones we’ve sadly heard before — whether it’s on the news or in our own lives — but that doesn’t make it any less compelling, saddening or angering. It made me reflect on the decisions people may make online and the power those decisions can hold over us in the future. We live in a world where we can betray someone’s trust with the click of a button — and that terrifies me.

“Disconnect” tells the tale of broken characters with broken lives, and I believe that’s the good of this movie. By the end of the movie, I found myself at war with the concept of the Internet and online privacy and wanting to demand more from the world in which we live. The actors and actresses played their parts, and the message rang true — the Internet can be a dangerous place. If you’re looking for a provocative and somewhat saddening flick that doesn’t delve overly deeply into issues and will leave you thinking, this is it.