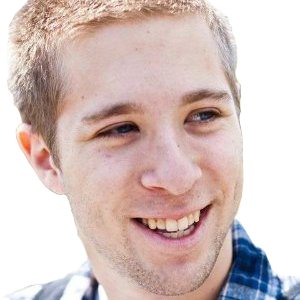 Surrounded by tiger moms and awkward dads dressed like they were coming back from a Grateful Dead concert, I vividly remember standing alone at the opening of Wildcat Days feeling hopelessly out of place. I remember anxiously scanning the crowd looking for Virgil to guide me through this inferno or at least take me back to Notre Dame so I could sign my papers to enroll there.

I decided to take the tour. We walked through The Arch, which might as well have born the inscription Dante reads on the gate of hell: “All hope abandon, ye who enter here.” I had just heard something about 1851, the six different undergraduate schools we have and studying abroad in 51 countries. I was hopelessly bored and convinced that Northwestern held nothing but taciturn creatures who whittled away the hours in the basements of Fisk and Tech.

After just two in-depth conversations with current students, I decided that this was the only place I would even consider going to school.

Wildcat Days is enormously successful because the administration at NU gets out of its own way and allows its students to organically and genuinely say what makes this place so unique. Rather than hearing more lifeless statistics, I was told of midnight rendezvous on the Lakefill, Taco Bell study sessions and escapades through these mysterious things called steam tunnels.

Prospective students and their parents are impressed by our six distinct schools, the incredible research that is done here, our $7 billion war chest and everything else that NU is proud to boast about. Although many choose to enroll due to our gaudy academic statistics, far more come to Northwestern simply because it feels right. This intangible, fuzzy feeling that prospective students get is a direct result of the sincerity and candor surrounding Wildcat Days.

Northwestern, above all else, is a brand name and, like any brand, derives its strength from the thoughts, emotions and associations people have with it. Thus, the “Northwestern” that exists in the mind of the administration and the one that exists in the mind of a 20-year-old undergraduate are incredibly different. Unfortunately, far too often the former is conveyed when we attempt to sell our brand. Wildcat Days sticks out as a phenomenal exception, a rare chance for the student’s perceptions and emotions to shine through.

To a 17-year-old high schooler, the official Northwestern comes off as stodgy, dull, antiquated, pretentious and not all that different from the other elite schools he or she is looking at. However, the “Northwestern” that exists in the mind of a passionate student comes off as friendly, exciting and fantastically unique.

Yesterday marked the last Wildcat Days session of this academic year. Already saddled with thousands of applications and countless other duties, our admissions office is wise to sit back, relax and allow its tour guides and other current students free reign to get thousands of starry-eyed high schoolers excited about our great school. It is for this reason that more and more of our nation’s brightest young people leave campus each spring, excited and invigorated to sign over their next four years to us rather than that inferior institution on Chicago’s South Side.