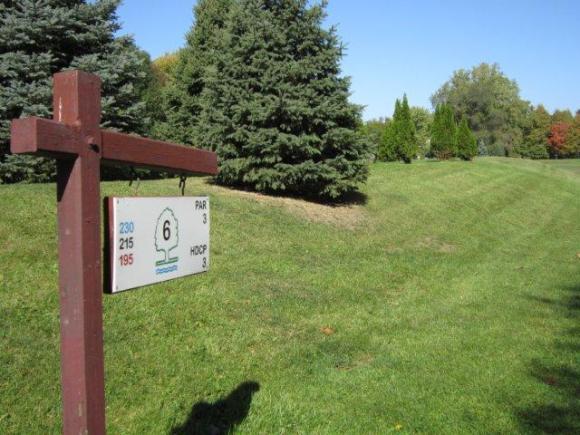 A year after the Evanston Wilmette Golf Course Association was mired in fiscal and legal trouble, the organization is moving into the fairway.

The nonprofit golf group announced its new board April 11. The board has 19 members, about two-thirds of whom are new.

Through fundraising measures and greater community involvement, the association plans to pay $5,000 a month until August to pay down about $19,000 in combined water bill debts to Evanston and Wilmette, treasurer Joe Rickard said.

“We’re hopefully in the very near future going to have a product that we can be proud of and boast about,” president Perry Weinberg said. “It’s still a little bit in the recovery stage, but we’re pretty comfortable that the right steps are in place.”

The reorganized golf course association is turning a bend since former president John Losasso resigned last April after two board members filed a lawsuit against him.

The suit alleged Losasso violated the organization’s bylaws and mismanaged funds that were meant to pay water bills. The court case was settled Jan. 16 and the two board members who filed the lawsuit have been reinstated to the new board. Losasso remains a part of the golf course association with an emeritus position, Weinberg said.

Under Weinberg’s direction, board members voted to revise the bylaws in a recent meeting to allow for greater flexibility in quorum and eligibility requirements, he said.

“My priority was to rebuild the organization and then as soon as possible set up better governance,” Weinberg said.

Ald. Jane Grover (7th) said she thinks Losasso had his hands tied because of lack of resources.

“I think John was doing the best he could with the resources he had,” Grover said. “I think he was hamstrung on how far he could go in the golf association.”

To recover from past financial troubles, the association raised funds through an agreement with Northwestern to provide parking for fans attending football games at Ryan Field. NU has agreed to manage two of the golf holes in an effort to provide greater care for the golf course during busy game days.

The association has also offered businesses $1,000 sponsorships for each of its 18 golf holes. The group has raised $18,000 so far through donations and sponsorships from businesses such as the Romano Brothers & Co. Wealth Management, Alchemy Coffee House and Blue Stone.

Another way the golf course association could cut down its bills would be by using water from the North Shore Channel to irrigate its golf fields rather than relying on treated water from Evanston, Grover said.

Debra Shore, Metropolitan Water Reclamation District commissioner, said though the district does not normally sell its treated waste water, it could be provided at a low cost or even for free to the golf course.

However, Weinberg said he was not comfortable irrigating the golf course with water from the North Shore Channel, preferring to take practical measures to cut down water usage instead.

“While there is a lot of water out there today, it just wouldn’t be good to be spraying that on the course,” Weinberg said.

The golf course association has reached out to Evanston Hospital, NU clubs and middle school students from Evanston and Wilmette to attract youth to the golf course, Rickard said.

Correction: A previous version of this story misstated the number of holes at the golf course. The course has 18 holes. The story also incorrectly identified the arrangement between Northwestern and the golf club. The golf club agreed to offer its parking spots to NU fans at Ryan Field. The Daily regrets the errors.