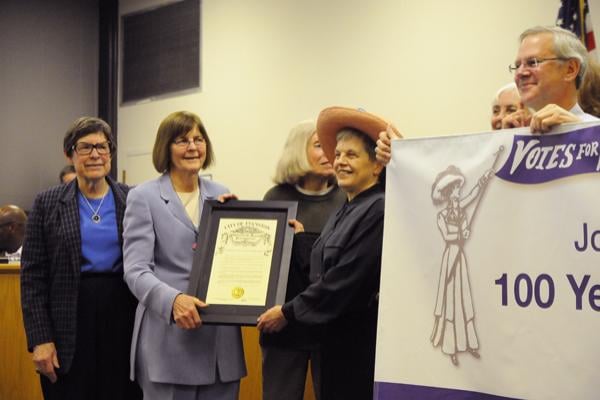 Rachel Janik and Jia You

The Evanston City Council on Monday approved plans to purchase 200 trees that will help minimize the impact of removing hundreds of infected ash trees this spring.

The city’s forestry division detailed this season’s tree removal schedule, which will begin in May and continue through the summer.

The ash trees are infected with the emerald ash borer, an invasive Asian beetle that city officials worry will multiply and invade the community if the trees stay standing.

Due to an older city cultivation plan, a single tree species was planted on each block until the 1990s. Blocks with ash trees have suffered from the emerald ash borer invasion and are likely to be left barren after removal. Ald. Jane Grover (7th) called the consequences of the infestation “devastating.”

Aldermen and city staff encouraged community involvement in funding the planting of even more trees to make up for the loss.

“We’re really going to step up our effort to reach out to businesses and residents,” city manager Wally Bobkiewicz said. “Especially in areas that are hit hardest.”

Bobkiewicz said city staff will publicize programs that will allow citizens and business owners to contribute to the repopulation of Evanston’s trees. The replanting effort would include a diverse array of species to deter such widespread impact as was seen in the ash trees. The city’s approved plan appropriates more than $55,000 to purchase 200 trees and planting services for 100 trees.

The council also heard three possible plans to install a westbound bicycle path in the 500 block of Davis Street, between Hinman Avenue and Chicago Avenue. The city’s original proposal is part of an overarching Davis Street improvement initiative, but it drew opposition from some restaurant owners when it was released.

Ted Mavrakis, who owns the Giordano’s on the block, attended a community meeting Tuesday about the proposal. He said he worried fewer parking spots would hurt his carry-out business. These and other concerns prompted the aldermen to seek alternative plans.