Enrollment in SNAP increases locally, nationwide over the past five years 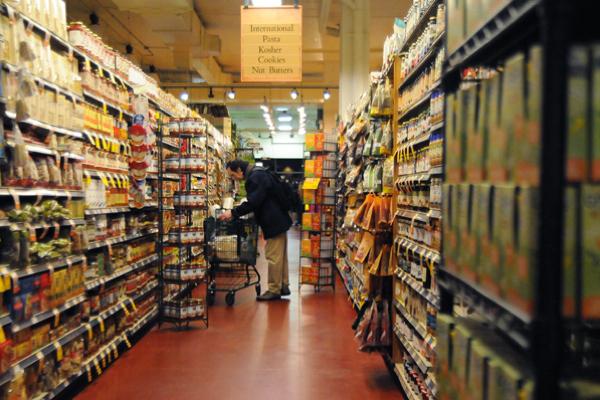 A customer peruses the shelves of Whole Foods Market in Evanston. The grocery store is one of several businesses in Evanston that accepts food stamps.

SNAP reported a 70 percent increase in enrollment from 2008 to the end of 2012. Nationally, more than 47 million people are participating in the program as of January 2013, the most recent month for which data is available.

In Cook County, the number has increased as well. Jim Conwell, spokesman for the Greater Chicago Food Depository, said about 1.87 million Illinois residents participated in SNAP in fiscal year 2012, up from  1.3 million in fiscal year 2008.

Conwell also reported an 84 percent increase in the number of individuals going to food pantries in Cook County over the last five years.

“This is an indicator of heightened food insecurity in our community,” he said.

According to a study conducted by Greater Chicago Food Depository in 2012, Evanston is home to 8,866 food insecure individuals, meaning individuals who don’t know from where their next meal is coming. This translates to a food insecurity rate of about 12 percent for Evanston.

Conwell said the depository, which serves all of Cook County, has expanded its services in recent years to meet demand.

“We’re doing everything we can to keep up with the heightened need,” he said.

Part of this expansion includes the Producemobile, a Food Depository initiative that brings free, fresh produce to communities once a month. The Producemobile began serving Evanston in December.

Paul Traynor, coordinator for the Producemobile in Evanston, said on average 350 people participate in the program every time. He added that the 350 clients served larger households, which means the program has served an average of 1,400 people each month. In March, 439 people came to the distribution in Evanston, the highest number the program has seen in its five month history, Traynor said.

“The demand is absolutely there,” he said. “The need is tremendous.”

Illinois residents access SNAP benefits through a Link card, an electronic card that works like a debit card, according to the Illinois Department of Human Services. Eligibility for SNAP is determined through a variety of factors, including an individual’s income and resources.

Henry Brockman, an organic farmer who sells produce at the Downtown Evanston Farmers’ Market, said he had noticed a significant increase in Link card users over the past two years, though the farmers’ market remained underutilized by Link card holders. He estimated that less than 1 percent of his customers used a Link card to pay for their purchases, and more people used Link cards at his business than at any other at the market.