Baseball: Zach Morton ready to bounce back against Minnesota 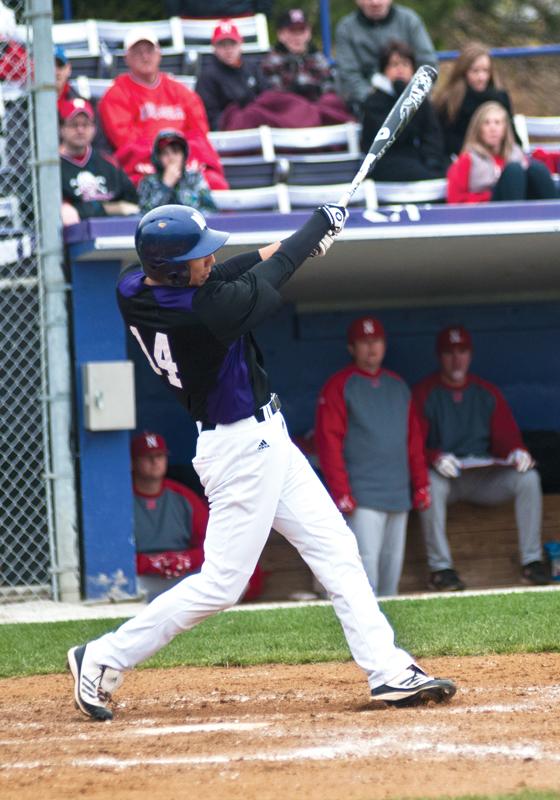 Northwestern pitcher Zach Morton leads all starters with a 1.64 ERA this season. The redshirt senior has struggled in his past two starts, both of which were on the road in Big Ten play.

It’s a common, if slightly vague, implication of stick-to-itiveness that tries to explain the unlikely success of stars and scrubs alike.

Redshirt senior Zach Morton, Wildcats coach Paul Stevens has said more than once, is a competitor.

Morton, Friday’s starting pitcher in the opening game of a three-game set with Minnesota, is lacking in what scouts look for in identifying top talent, but is also on the very short list of NU’s premier players. A year after leading the Cats in batting average and starting 13 games on the mound, the pitcher and designated hitter tops the team’s starters in ERA while batting .312 as one of only two NU players to play in every game this season.

“Sometimes I do wish I could strike more people out,” Morton said. “I can only roll with what I got in this arm.”

Despite lacking strikeout stuff, Morton leapt to a video-game caliber start to the 2013 season. After allowing one run in eight innings against Iowa on March 22, the veteran’s ERA was 0.74, and the Cats had earned victories in four of his five starts.

Then, against Nebraska on March 29, Morton was hit in the leg by a line drive and left the game allowing 3 runs, 2 of them earned, in one inning. A week later, he ceded 9 hits and 9 runs — 3 earned — to Purdue in four innings. Over five innings, he had allowed more earned runs than he had through the previous 39.

“It’s like all pitchers,” Stevens said. “Everybody hits a wall at some point, even in the big leagues. Guys go for, five, six, seven eight starts, and then all of a sudden for a few starts they lose their rhythm, for whatever reason. They get paid 10, 12, $15 million. We’re not quite giving them that much. But he’s kept us in ballgames. ”

Part of the problem has been defense. Morton’s shortage of strikeouts means more balls in play, and, given the extra opportunities on defense, NU made more errors, those errors leading to hits and runs. On the season, Morton has allowed 12 unearned runs — 7 of them in his two recent starts — next to only 8 earned runs.

“Those things shouldn’t bother you,” Morton said. “And they’ve made many amazing plays to save many runs that would have been earned, as well. I pitch to contact, so the ball is going to be put into play, and (you’ve) just got to overcome any obstacles you face.”

Stevens suggested Morton would have settled down against Nebraska if not for the injury and attributed the pitcher’s struggles at Purdue to the frigid temperatures. Redshirt senior shortstop Trevor Stevens pointed out that both Morton’s poor starts came on the road, where umpires can be fickle, and opposing hitters are comfortable.

Back at Rocky Miller Park on Friday, Morton will have the opportunity to bounce back against the Golden Gophers (19-13, 4-2 Big Ten), a low-scoring team averaging only 3 runs a game in conference play.

Paul Stevens isn’t worried about his ace because, after all, Morton has one thing firmly in his favor.