Goodman: After Mike Rice, put Bob Knight back in the spotlight 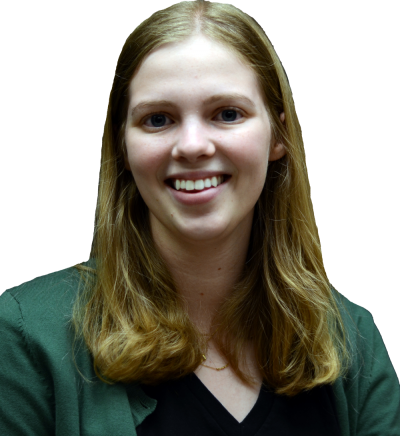 Growing up in Texas, I heard a good amount about Bob Knight, the famed college basketball coach who was with Texas Tech for seven seasons. Lately, I have been seeing a lot more of Knight on television. He gave commentary during March Madness for ESPN and was featured in an Applebee’s commercial with fellow former coach Digger Phelps.

Coach Knight does deserve attention and praise for his illustrious coaching record. As the third all-time winningest men’s Division I college basketball coach, Knight won three national titles and 11 Big Ten Conference championships while at Indiana University for more than 25 years. He also coached the U.S. Men’s Olympic Team to a gold medal in 1984.

But Knight is also infamous for his history of aggressive and controversial behavior. In 1997, Knight choked one of his players, Neil Reed, in practice. This ultimately led to Knight’s firing in 2000 when he initially denied choking Reed, but was forced to admit his mistake when video of the practice surfaced.

Knight was famous for throwing chairs in basketball games. The Applebee’s commercial actually makes fun of this behavior with Knight humorously stating, “That’s not how you throw a chair,” after Phelps knocked over a stool. He was even convicted of striking a Puerto Rican police officer before practice at the Pan American Games in 1979.

If Knight is so controversial, he should not be celebrated in the public eye. As a commentator for ESPN, he is being rewarded for his opinions and color commentary. The Applebee’s commercial even made a mockery of his chair throwing. Knight won several yearly coaching honors and the Naismith Award for Outstanding Contribution to Basketball in 2007.

Last week, another men’s college basketball coach was made famous, or rather infamous, by a series of abuses similar to those Knight committed. Mike Rice, the former coach of the Rutgers University men’s basketball team, was caught on tape being abusive toward his players in practice. The tapes show Rice throwing basketballs at his players with great force, grabbing and shoving them, and yelling profanities and homophobic slurs at them.

ESPN should reconsider its affiliation with Knight in light of the Rice story. Knight refuses to comment on this story, most likely because his comments on Rice’s story will bring to mind his own abusive actions toward his players. ESPN did the right thing by revealing the Rice tape – and it should continue its good graces by not promoting Knight’s past actions.

When Rutgers athletic director Tim Pernetti and President Robert Barchi viewed the video in December, they initially only fined Rice and suspended him for a few games. But when the ESPN show “Outside the Lines” obtained the video and aired it, Rutgers fired Rice in less than 24 hours.

Rice’s and Knight’s abuses seem painfully similar to me. Both were verbally abusive toward their players in practices, while Knight also had some characteristically harsh words for the press and fellow coaches throughout his career. If Rice was fired less than 24 hours after his insults became public, then why did Indiana keep Knight for more than 20 years?

Knight was obviously a much better, if not more successful, coach than Rice. Although Rice held a 73-31 record at Robert Morris University and led the team to the NCAA Tournament, his record at Rutgers pales in comparison. Rice finished off all three seasons at Rutgers with both a losing overall and conference record.

Knight won two of his NCAA Tournament Championships and four of his Big Ten Regular Season Championships in the 1980s. Two of his most questionable incidents also occurred during this decade. Knight famously threw his chair across the court during a game against Purdue in 1985 and made a questionable joke about rape in a 1988 interview with NBC’s Connie Chung.

Yet Knight is still regarded as a celebrity. He still coached in Indiana for 15 years after the chair-throwing incident. Even after being fired for choking a player, he was still appealing enough for Texas Tech to hire him. Even ESPN has refused to use its influence to take Knight off the air.

What scares me about both of these incidents is the example that Knight and Rice have set for current and future basketball players. Although emotions can run high in sports and Americans are no doubt obsessed with college basketball, this is no excuse for harassing players.