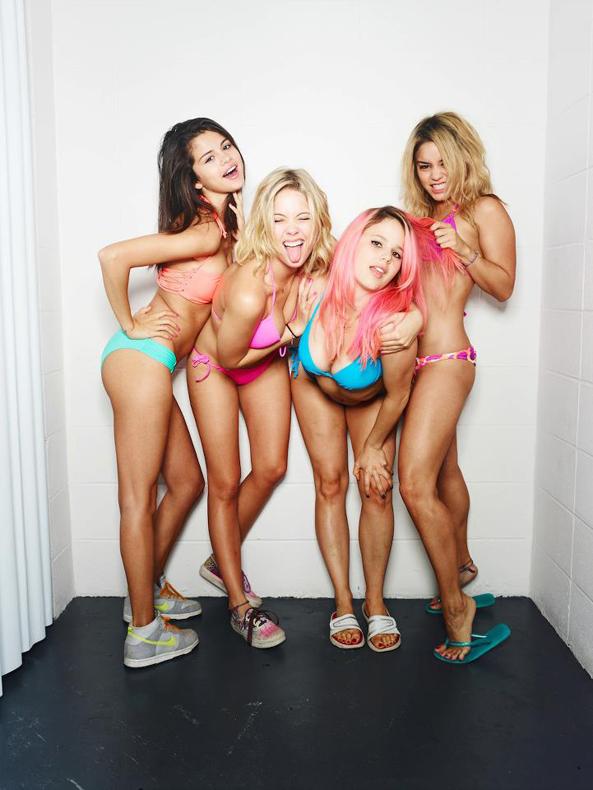 The former Disney Channel star-laden “Spring Breakers” is an overwhelming and nonsensical representation of adolescent hedonism.

Going into the theater, I thought I had a general idea of what to expect from this movie. Yes, I had seen the trailers and heard all about the movie from friends. However, I wasn’t prepared whatsoever for what was about to ensue.

Right off the bat, “Spring Breakers” made me feel gross and uneasy. I don’t know if it was the constant presence of exposed breasts, the raw dubstep shaking the theater seats or the sleazy neon lights making the characters’ bathing suits glow in the dark — whatever it was, this movie is sensory overload.

One of my major qualms with “Spring Breakers” is its glorification of the spring break scene. Shots of the beach contain fit, tanned people pouring alcohol down each other’s throats (read: all over each other’s bodies) in the blazing sun. Realistically, spring break is nothing like this. It’s not this elevated, everyone doesn’t look this good and it’s not the kind of place where you “find yourself” (a truth that Selena Gomez’s character, Faith, constantly reiterates).

Another one of my problems with “Spring Breakers” is its use of stereotypes. I appreciate movies that push boundaries and force people to step outside their comfort zones, but this does not happen in the film. Black criminal stereotypes are perpetuated, as well as the cliche of women on vacation willing to bare it all. “Spring Breakers” requires no thought and allows the audience to become passive with regard to its preconceived notions of people.

There is no plot or structure whatsoever. Characters come and go as they please, and the voice-overs rarely make sense, never seeming to pair up with the action onscreen. On the other hand, casting is on par, and the characters people grew up with on Disney Channel nail provocative and challenging roles.

Nevertheless, I found myself enjoying the movie solely for its gritty, thrilling nature, which transported me to an alternate lifestyle I know nothing about. A highlight of the movie, Vanessa Hudgens’s character Candy, is any father’s worst nightmare. She’s violent, bloodthirsty, greedy and sexually charged, but I found myself intrigued by her inherent desire to do things others told her not to do.

I didn’t enjoy “Spring Breakers” overall, let me make that clear. It roped me in at times and held my interest, but it is in no way a good movie. More than anything, I think “Spring Breakers” saddens me. We have moved from great classics and films with meaning to films that revolve around guns, breasts and sunshine.

“Spring Breakers” is the kind of movie that people may call edgy, raw and forward. That might hold true during some scenes, but overall, it is a sleazy movie with little plot and no takeaway. I understand director Harmony Korine’s vision, but the film is poorly executed and full of lazy writing.