In case you missed it: What The Daily covered while we were gone 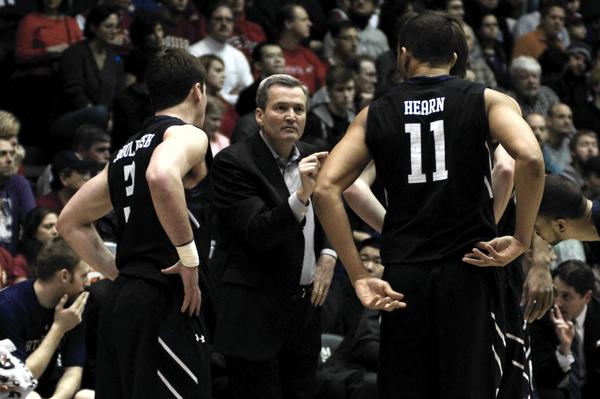 Men's basketball head coach Bill Carmody was fired after 13 seasons at the helm of the program. Carmody, who failed to lead the Cats to the NCAA Tournament in his tenure in Evanston, was replaced by Duke assistant coach Chris Collins.

Missed some headlines from while you were slaving away in 4E, hosting Netflix marathons or tanning on the beach? We’ve got you covered. Here’s a quick digest of what The Daily published online during Reading Period, Finals Week and Spring Break (excluding some stories you can find in today’s issue):

The total cost of attending Northwestern as an undergraduate student will be nearly $60,000 next academic year, the University announced Wednesday. The new price tag represents a 4 percent increase in tuition — which will now top $45,000 — as well as room and board rates. In an email to the NU community, the University attributed the tuition hike to growing demand for financial aid, which is expected to total more than $143 million for the 2013-14 academic year. That number has nearly doubled since the 2005-06 academic year, as about half of students now receive some financial assistance.

Two NU wrestlers fell short of national titles March 24 at the NCAA Championships in Des Moines, Iowa. In the last match of his career, redshirt senior Jason Welch was defeated by Iowa’s Derek St. John at 157 pounds. Redshirt sophomore Mike McMullan lost to Minnesota’s Tony Nelson in the heavyweight final. “I have no regrets,” Welch said, crediting coach Drew Pariano for his close friendship since recruiting him out of high school.

NU’s first game in its multi-year, multi-sport partnership with Wrigley Field will be under the lights. The athletic department announced March 11 the baseball team will play Michigan at 6:05 p.m. April 20. Tickets are $7 for both students and non-students.

The School of Law will reduce class sizes and keep tuition hikes at record lows starting this fall. In a letter to the law school community March 12, Dean Daniel B. Rodriguez said the changes are due to a recent decline in applications. Class sizes will be scaled back by up 10 percent, and tuition will only be raised by 3 percent, the lowest increase in four decades, according to the law school. NU is also expected to increase financial aid by 25 percent over the next two years to combat the the debt some law students are left with after graduation.

NU fired men’s basketball coach Bill Carmody less than two days after the team bowed out of the Big Ten Tournament with a 73-59 loss to Iowa. In a news conference March 16, athletic director Jim Phillips said NU expects its coaches to “compete for conference and national championships, and we expect the same from our men’s basketball program.” After 13 seasons, Carmody failed to deliver a NCAA Tournament berth for the Wildcats. The athletic department hustled to find Carmody’s replacement and announced Wednesday Duke assistant coach Chris Collins will lead the team.

Evanston 1st Ward challenger Edward Tivador racked up several endorsements throughout March, while incumbent Ald. Judy Fiske landed the backing of Mayor Elizabeth Tisdahl. Tivador on Friday announced the support of former mayors Lorraine Morton and Jay Lytle, as well as Ald. Coleen Burrus (9th). In a news release March 19, Tisdahl said Fiske has shown “real leadership” and can always be counted on to “do what’s right for the entire city.” The election is April 9.

NU students danced for 30 straight hours March 8 to 10, as more than 1,000 dancers participated in the 39th annual Dance Marathon. NU’s largest philanthropy raised a record $1,214,632, topping $1 million raised for the third year in a row. This year’s primary beneficiary was the Danny Did Foundation, a Chicago organization looking to raise awareness about Sudden Unexpected Death in Epilepsy and whose namesake, Danny Stanton, died in his sleep from SUDEP in December 2009. The Stanton family members were active participants in DM 2013, as Danny’s brothers Johnny and Tommy stole the show with their dance moves and the boys’ father Mike gave an emotional speech thanking the dancers for their work. DM also donated to the Evanston Community Foundation as its secondary beneficiary for the 16th consecutive year, passing $1 million in total donations to the local grant-giving philanthropy.