The Keg of Evanston, renowned college bar, to close its doors for good Sunday 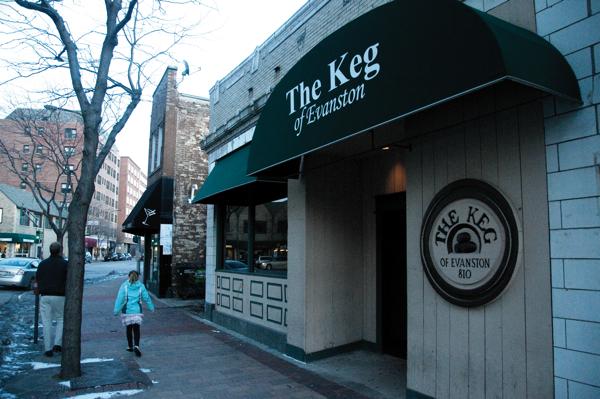 The Keg of Evanston will close permanently on Sunday after the popular bar's lease was not renewed.

The Keg of Evanston will permanently close its doors Sunday after two decades of business that ended with a legal battle against the city.

The popular bar will open for the last time Saturday evening and shut its doors for good 3 a.m. Sunday, owner Tom Migon told The Daily. The bar’s lease at 810 Grove St. expires at the end of the month and was not renewed by the property owner.

“It’s unfortunate the way things unraveled,” Migon said. “We had some great memories and touched a lot of people’s lives. It was a great run, and unfortunately it had to come to an end. It’s sad to leave something that was a part of my life for twenty years.”

The Keg started as a steak and seafood restaurant — the type of place where students would bring their parents during campus visits. Migon purchased the restaurant in 1993 and transformed The Keg into a popular dive bar for the NU crowd. In 2011, Complex magazine named the tavern the ninth-best college bar in America.

But The Keg has seen its fair share of trouble over the years.

A fatal 2005 shooting inside the tavern and a 2010 brawl involving an underage patron prompted city officials to temporarily take away the bar’s liquor license. Enough was enough for Evanston Mayor Elizabeth Tisdahl last January after 17 people were arrested in the same night for underage drinking. She quickly revoked the bar’s license for good.

Migon’s attorney petitioned the Illinois Liquor Control Commission to review the case, and the bar was permitted to stay open during a lengthy appeals process. To address the city’s concerns, Migon purchased an ID scanner with the intention of preventing minors from entering. But this was not enough to keep The Keg on stable footing as legal wrangling dragged on.

“The mayor ruined me, she ruined the business,” Migon said, adding that he would never open an establishment again in Evanston. He owns bars in Morton Grove and Chicago, locations that will now receive his full attention and energy, he said.

Tisdahl told students in November that closing The Keg “was one of the best things” she’s ever done, but recently said her position as liquor commissioner is her “least favorite” responsibility as mayor. She did not immediately respond this evening to emails seeking comment.

Correction: A previous version of this story misstated when The Keg first opened. The Daily regrets the error.