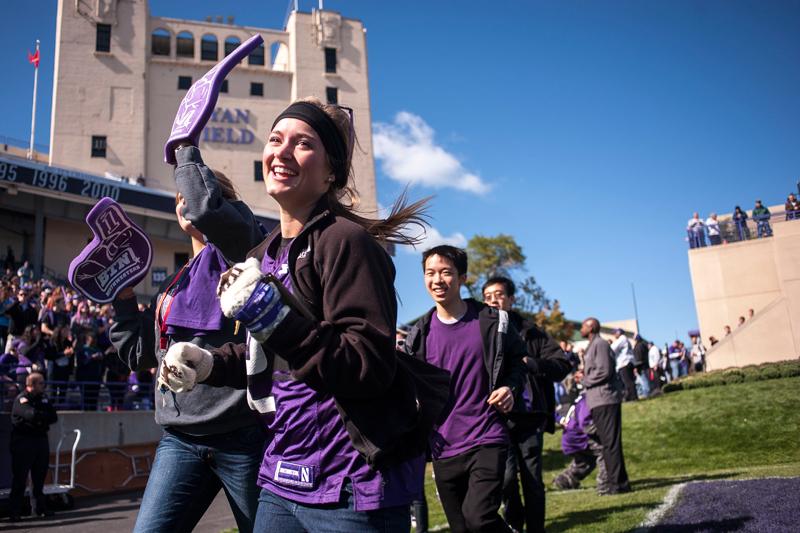 Members of the Class of 2016 run onto Ryan Field before Northwestern took on South Dakota in September. NU sent acceptance letters Friday to less than 14 percent of its Class of 2017 applicants.

Northwestern sent acceptance letters Friday to just under 14 percent of all undergraduate applicants, its lowest admit rate of all time.

NU accepted 4,555 high school students out of the 32,772 who applied, according to the Office of Undergraduate Admissions. The 13.9 percent acceptance rate is 1.1 percentage point lower than last year’s admit rate.

In an interview last month, Christopher Watson, dean of undergraduate admissions, predicted a 1 to 2 percentage point drop in the acceptance rate because NU admitted a record-breaking 43 percent of the class through early decision last December. NU also received the highest number of regular decision applications to date this year.

“We will have another record low acceptance rate,” Watson said. “There’s no question.”

Regular decision applications for the class of 2017 increased 2.2 percent points from the prior admissions cycle. NU applications have increased by 10,000 since 2007, when the admit rate was 27 percent.

Last year, the class of 2016 broke another record with the highest yield to date, with 43 percent of applicants choosing to attend NU.