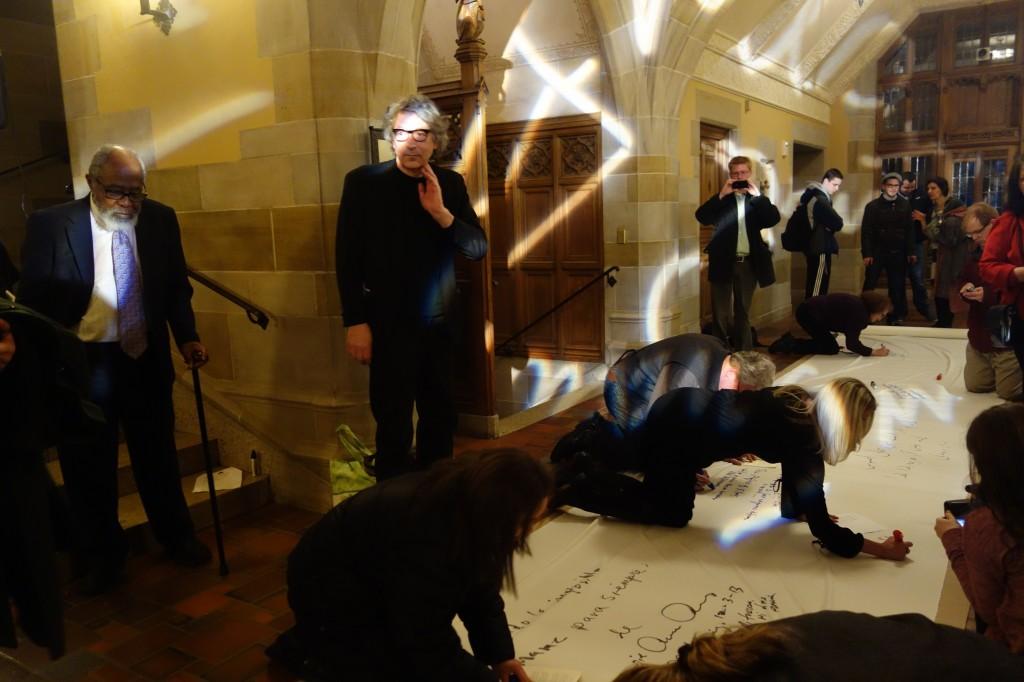 Marco Nereo Rotelli looks on as visitors write poems on a scroll. His light installations shine in the background and were visible on the exterior of Deering Library.

Italian artist Marco Nereo Rotelli put the spotlight on Deering Library on Tuesday, displaying the words of poems in lights on the building’s exterior. The night’s events topped off his term as the Alice Kaplan Institute for the Humanities’ artist-in-residence.

A globally acclaimed artist, Rotelli has crafted light displays around Europe and at the 2008 Beijing Summer Olympics. Prior to the lighting show, visitors had the opportunity to see a multimedia showcase of Rotelli’s work, which included blueprints for a future light installation at Chicago’s Field Museum titled “Engima,” a collection of images focused on the light coming off of Lake Michigan titled “Diary” and portions of his “Videolanguage” series, according to a University release. The words he featured in the show later in the evening were written and read aloud inside Deering Library by Chicago poets Ana Castillo, Reginald Gibbons, Arica Hilton, Parneshia Jones, Elise Paschen, Ed Roberson, Jennifer Scapettone and Rachel Webster, the release said.