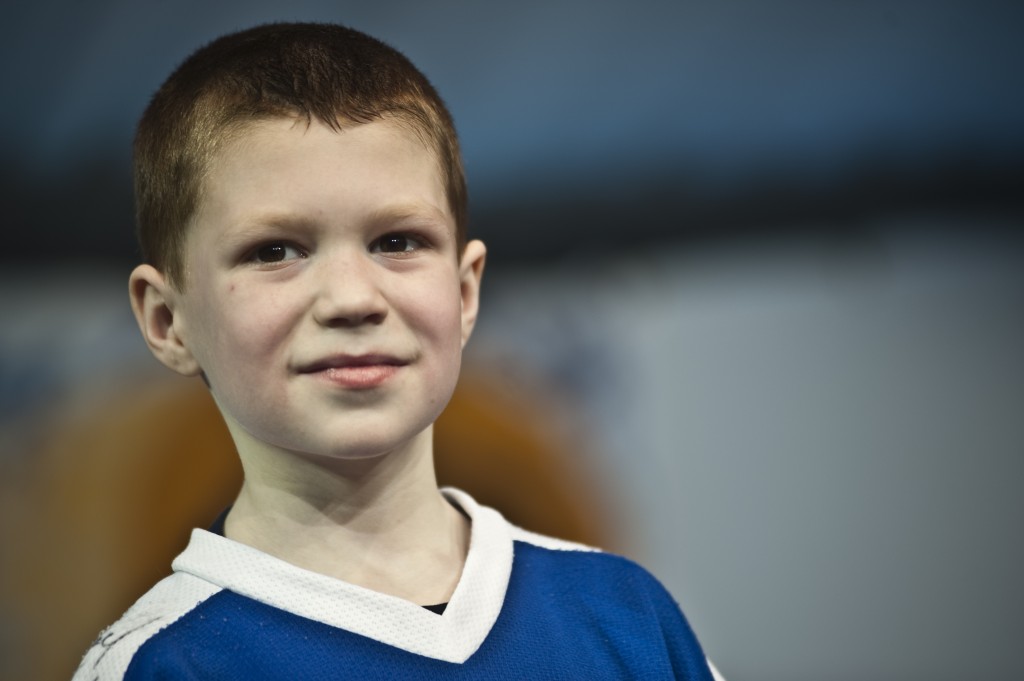 8-year-old Nick Curley spoke during Block 9. Curley raised nearly $40,000 for the Danny Did Foundation by ice skating over 100 miles.

Students fueled up with a pasta dinner before the second-to-last block of Dance Marathon began. The Schneider Electric-sponsored three hours, “Where’s My Spotlight,” featured student performances while dancers ate — or, in a few cases, took a quick nap.

“I didn’t have expectations for DM, but it’s been fun so far,” said Weinberg senior Nicole Schindler, a first-time dancer. “Mee-Ow was my favorite but they were all great.’

“Keep up the good work,” he said. “Thirty hours is not that long; I one time ate 30 hours worth of chicken.”

Though he does not have epilepsy, Curley said he doesn’t want “anyone else to die, any other kids.”

DM karaoke song “I Will Survive,” by Gloria Gaynor, pumped students up as well. A sugar break, in the form of red, white and blue firecracker popsicles, helped too — even the two police officers keeping watch next to the tent entrance enjoyed the frozen treats.

Weinberg senior Joanne Maliekel said her fourth time dancing has been the easiest.

“It’s kind of sad when I realized it would be my last time, though,” she said.

Before the dancers headed into Norris University Center to change for the final block, the finance committee announced DM had raised $541,844 by Feb. 27, the full money deadline. The dancers are now in the tent for the 10th and final block.