Guest column: Ability status is a type of diversity too often neglected 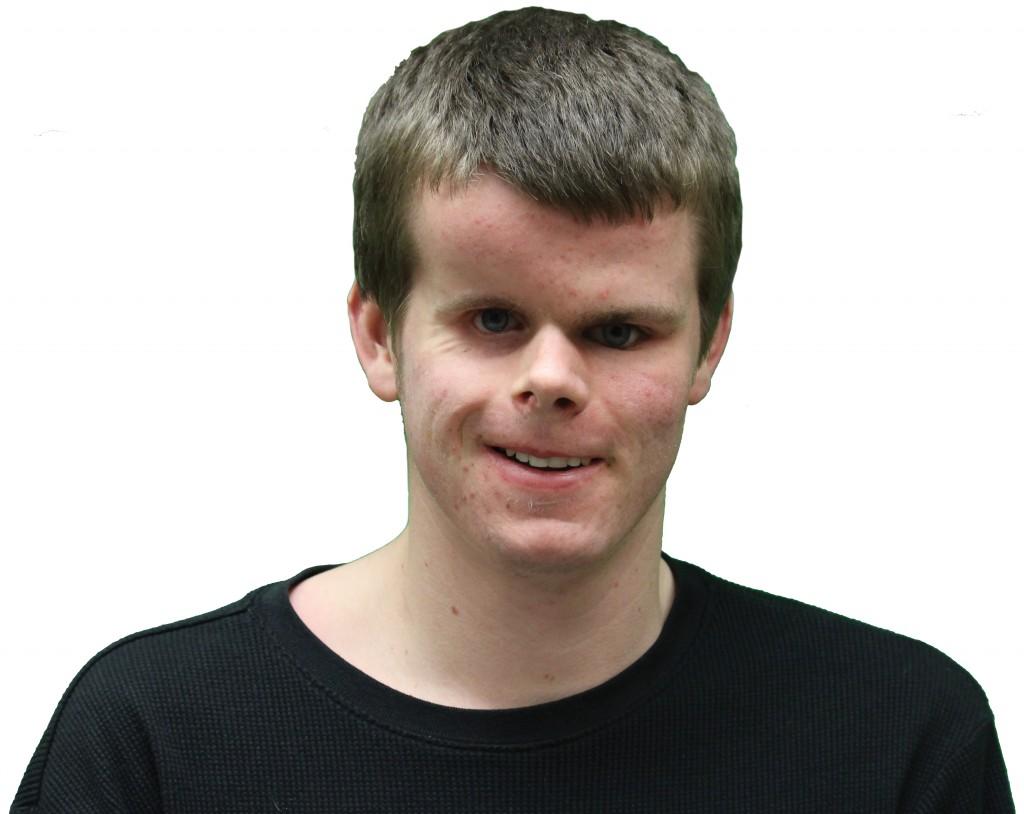 Friends, acquaintances, and those I don’t yet have the pleasure of knowing:

I’ve been thinking about writing this letter for a while, but the time never felt right. Observing the discussion about diversity on campus throughout the year and a half I’ve been here, I’ve felt a sense of both intrigue and frustration, but I’ve never been sure how to appropriately express this feeling. As the only totally blind student at Northwestern, I can’t help but feel that the discussion should involve and affect me, but at the same time I’ve felt pretty included at Northwestern.

At NU, I’ve made some of the best friends I’ve ever had or will have, and I’m still getting to know some genuinely awesome people. I’ve also had some amazing experiences — from performing in different musical settings to being a Peer Adviser to writing articles with serious social relevance in my journalism classes. However, living “alone” away from the bubble of my hometown has led me to increasingly feel that in many ways I am an outsider to most given social settings with a limited potential for true acceptance, even if I try extremely hard to fit in. I’ve always tried to approach this with a positive, if highly sarcastic attitude: “Well, I’ve got some great friends who get it, so screw everyone else. We can just laugh at their ignorance behind their backs.” That approach has been enough to help get me through some tough and downright annoying situations, but it’s not going to educate anyone in the long run, which just perpetuates the problem.

So now I’ve decided I need to at least start trying to explain what it’s like to be a normal Northwestern student who happens to be blind. The recent release of the diversity requirement proposal and several frustrating experiences in my life this quarter have made me realize that I can’t go on any longer ignoring the fact that I can’t see, or the general population’s reaction to that fact. As a preface, I’d like to emphasize that I want to in no way discount the discussions of diversity that have already been occurring on this campus. I find it distressing and infuriating that we haven’t been able to overcome and eliminate racial discrimination as a society (or even as a campus), but I think it’s equally devastating that a majority of people don’t even recognize ability status — a new term which I think I prefer over the commonly used “disability status” — to be a topic in dire need of discussion.

Ability status is on the list of topics to discuss in the diversity requirement proposal, but it is no surprise to me that it’s last on the list. If and when the diversity requirement is implemented, I highly doubt ability status will make the cut with our current level of understanding, because we (yes, including myself) ignore the issue and marginalize it subconsciously.

As a blind 20-year-old, I walk around knowing that 90 percent of people I meet are going to immediately assume that I’m either 1) a charity case doomed to live a life with quality determined by the level of assistance I receive or 2) lost and need help immediately (this second group of people has a tendency to grab my arm or shoulder even before asking me if I need help and frequently try to lead me somewhere where I’m not trying to go, even if I explicitly told them I was just trying to get to Norris and accidentally walked on the wrong twisty path). Unfortunately, I’ve had the experience of getting to know exactly how some of these people think. A year ago, I was walking into a hotel in New York with my dad. We were there to attend the award ceremony for a scholarship I had recently received for visually impaired students. In the elevator, a man turned to me, shook my hand and said, “It’s okay, son … Once you get to be my age you can’t see anyway. Your life will be okay.”

These occurrences are frequent, though rarely that extreme. I recognize that people have the best intentions when doing these things and I certainly have become close to some people who were initially nervous when meeting me, but I’m tired of constantly having to face ignorant assumptions without making a concerted effort to educate a larger group of people.

The natural assumption in America is that people with physical impairments will be able to accomplish less than the average person and that any “approximation of normal ability,” as I’ve heard it called before, should be applauded to make the poor souls feel better. That’s the stereotype I want to break down.

I admit that my case is unique. I was lucky enough to have unrelenting parents who always expected me to do everything every other kid did and more. Being at Northwestern today is a sign that I definitely haven’t been underachieving, but I still wonder if people really respect the things I do, or am I just doomed to forever be good at things “for a blind person?”

In middle school and high school, I dealt with people’s low expectations by trying to prove them totally wrong. I got it into my head that if I wasn’t the best at something or at least very near the top, it wasn’t worth doing because people would always attach the blindness qualifier to my accomplishments: “That’s really cool that you can’t see, but you can still do that.” Why can’t it just be, “Wow you’re really good at that, teach me!”

I approached everything with a highly competitive attitude, and I’d say I found some success. I got on a skateboard team and was able to skate with Tony Hawk after he saw one of my videos and requested an interview with me. I ran cross country and track and worked up to being able to run a sub-five minute mile. I led a rock band that played paid gigs pretty regularly. I dominated academically in the classroom and made sure to show that it wasn’t all that hard for me to do.

Aside from attracting reporters, though, that strategy didn’t do me much good in the long run. I began to realize that, if anything, my competitiveness was widening the gap between me and other people. People — maybe because of jealousy, maybe it was the truth — talked about me behind my back, calling me cocky among other things. That was high school, though, and we’ve all grown up considerably, but I did learn something crucial about myself. I learned that what I want (and I’m pretty sure that this is true for most people) is for people to like or dislike me based on who I am as a person, not based on the entity created by my public accomplishments.

Don’t get me wrong: I appreciate when people genuinely express respect for things like videos of me skateboarding, but there’s a fine and ambiguous line that some people cross, making me feel like “the blind skateboarder kid” rather than a fellow student and potential friend. I don’t skateboard at a world-class level, but the amount of news attention of which I’ve been the subject exceeds what the actual great skateboarders receive. It can definitely be uncomfortable. I explain it to people sometimes by asking them to think of their favorite thing to do in eighth grade and then imagine people only associating them with that thing.

Example: (Hypothetical) John Smith is a social policy major interested in foreign cultures. He wants to live abroad after graduation, possibly working for the Peace Corps. However, John was the quarterback on the football team in eighth grade. John still likes football, but it’s not a main passion of his anymore. People assume he’s the same person he was in eighth grade, though. “John, you’re going to be so rich one day,” they say. “I’d love to see your girlfriend; I bet she’s pretty hot.”

I hope this example seems absurd. The only reason I and other people with physical impairments (man, it’s painful to write that phrase) have to deal with this is that we’ve utterly shocked society. They can’t get over blind people performing at a high level because they can’t even imagine blind people functioning in  normal settings. When I say “normal settings,” I mean anything from the mundane — just walking independently to class — up to the more exciting — hanging out with friends at a party or trying not to be single anymore.

There are many facets to this issue, and I’m not going to pretend to be able to offer a solution here. I don’t want to incriminate anyone, either. I just want people to hear what I have to say, and I hope more people start questioning some of the assumptions they have about how large groups’ perceptions of an individual or another group affects the person being judged.

While we’re what feels like eons away from adequately being able to deal with the ability status part of diversity, I want to make clear that it’s not all bad. For all of the frustrating encounters and experiences I have to endure, there are always awesome moments to balance it all out. I’ve met so many people at Northwestern with whom I never even talked about my not being able to see until we were much closer and I confessed my insecurities.

That being said, I also want people to understand the ambiguity of the situation. One day, I feel myself feeling totally accepted — like when I was able to win the Afropollo talent show in front of an audience that I did not know very well, and then went to celebrate afterwards with a large group of close friends. There, I felt like people understood that I was “Tommy, who was happening to have a great day” rather than “the inspirational blind drummer kid.” But then there are times where I’m sitting in a meeting for my fraternity and one of my brothers, while talking about the goals of the organization, mentions how great it is that we’re accepting enough to “have people like Tommy in our midst.”

It’s moments like those that keep me constantly questioning, “Who is my friend? Who is nice to me because he pities me, and who is trying to use me to make himself look better?” Sometimes this paranoia turns out to be absolutely unwarranted, but still I am always nervous when trying to get to know new people because I’m afraid they only ever talked to me in the first place to be polite: “Gotta at least say hi to my friend’s blind friend.”

In parting, I want to thank anyone who’s read this far. It’s a tough issue, partially because it affects such a small percentage of the Northwestern population. I don’t have a blind community to use for support or to generate ideas to increase awareness, so that’s why I’m appealing to everybody. I have faith in the Northwestern community — we can grow closer. It’s a lot of work and it will be a slow process, but I think it can happen. We just all need to get to know each other better — which reminds me, I can incorporate one explicit piece of advice into this letter. Next time you’re lost, talk to the person you get directions from, even if that means just asking them how their day has been. It works. I know from experience.

Tommy Carroll is a Medill sophomore. He can be reached at thomascarroll2015@u.northwestern.edu. If you would like to respond publicly to this letter, send a Letter to the Editor to forum@dailynorthwestern.com.