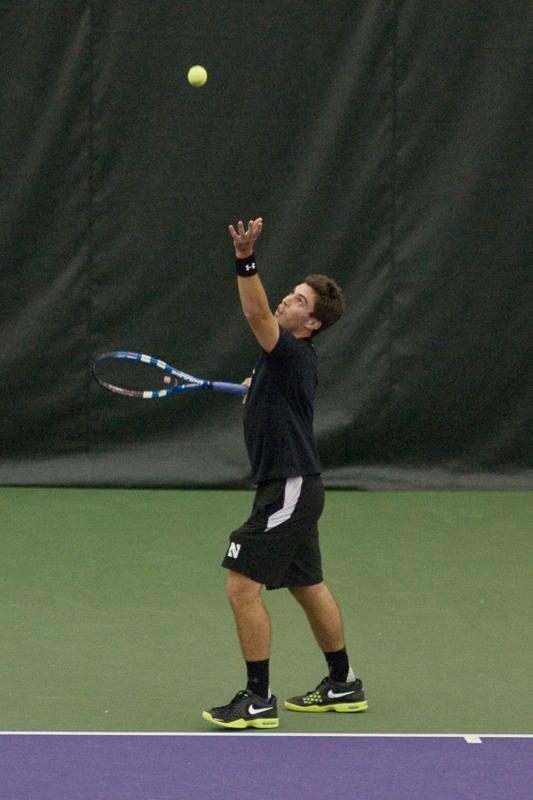 Northwestern's 13-3 record so far this season marks another step forward after a 7-5 year in 2012 was their best Big Ten season in three years.

If this season has proved anything, it’s that last year was no anomaly.

With their non-conference season now over, Northwestern has tallied a 13-3 record, a considerable improvement over last year’s 7-5 mark, which served as a precursor to the Wildcats’ best conference season in three years.

“We just had more of a belief in ourselves,” senior Chris Jackman said. “My freshman and sophomore years, it was awful and then last year, we had a good freshman class and it was our time. We had a couple good matches early on and then we just kept it going. This year, it’s going to be even bigger because we have that confidence from last year.”

The hallmark of the Cats’ season so far has been their tenacity. With over a 60 percent winning percentage in three-set matches, NU has not only soundly defeated its lower-ranked opponents but also scored wins against previously problematic foes. The Cats took out Notre Dame for the first time in nine years and defeated the University of Louisville, Denver University and North Carolina State, a team that dealt NU one of its most disappointing 7-0 losses last season.

With a packed Big Ten schedule on the horizon, in which nine of the 11 other teams are ranked, the Cats have their work cut out for them. But for coach Arvid Swan, the key is to take it one match at a time.

“When you’re looking in conference, every match is critical,” Swan said. “You’re trying to improve your seed position in the conference and get wins to help you get into the NCAA tournament and you just can’t look ahead. That’s what I talk to the guys about but it’s really the case.”

Following the team’s two victories over the weekend, three players are now tied for first in most dual match singles wins. At the No. 3 spot, senior Sidarth Balaji has earned an 11-3 singles record and with doubles partner junior Raleigh Smith, who also holds an 11-3 singles record, has only surrendered one doubles match all season. The duo fell 8-7 against Harvard after pushing the No. 1 Crimson team to 13-11 in a tiebreaker. Sophomore Alex Pasareanu is the third player with an 11-3 singles record, a noticeable upgrade from his just over .500 record last season.

“Last year, I didn’t play in the fall,” Balaji said. “I only started playing in November, December. This year, I had the full fall to get ready and I’ve been able to get a lot matches in so I think that’s helped me get better and stay focused throughout the course of each match.”

NU will open its Big Ten season on the road this Saturday against Illinois. The Fighting Illini are ranked No. 17 and the Cats have struggled in the past several years against their intrastate rival, with their last win coming in 1997.

“I think now, me and the other two seniors, we’ve played (Illinois) three times and we know what to expect,” Balaji said. “They’re a good team and I think the experience should help us. This year, I felt like we’ve been able to play a more complete match, more so than last year. It took until the Big Ten season for us all to come together but I think we’re all together right now so I think that’s going to be a key against Illinois.”

One of NU’s most memorable Big Ten matches last season was a win against then-No. 36 Minnesota on a cold and windy Chicago spring day. The Cats fought back from a 2-0 hole to wrestle the match from the Golden Gophers, with Pasareanu winning the decisive sixth singles match 7-5, 5-7, 7-5.

Looking ahead to the rest of this season, NU’s toughest test will likely come in Ohio State, a team that is consistently ranked in the top five and currently holds the No. 4 spot in the nation.

Although Jackman’s “dream come true” would be a Big Ten Tournament title, for Smith, every victory is similarly sweet.