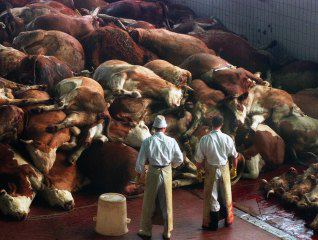 Nestle, owner of pasta company Buitoni, has removed beef pasta meals from its sales in Italy and Spain after DNA tests found traces of horse meat in the food. German and French companies have also been connected to this scandal spreading across Europe. The Current and Daily staffers, along with some Northwestern students, commented on the issue: