Backwards Compatible: These smartphone accessories will drain your faith in humanity 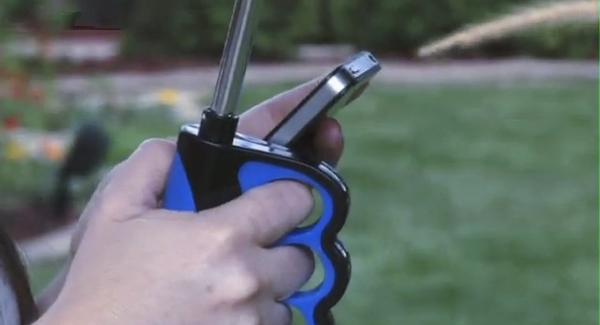 When you really think about it, smartphones shouldn’t exist. Forget AAA-level games and professional cameras and screens you can use just by touching, and think about the fact that they can call, text, email, Snapchat or Skype anyone anywhere in the world at any time. Mind-boggling doesn’t even begin to describe it.

And yet, it seems that even with all this awesome (in the truest sense of the word) technology, we still always see some way we can make it better. And for the most part, we’re right: Larger screens and faster processors all make smartphones even more fantastic (again, truest sense of the word) than they’ve ever been. But for every great innovation, there are a dozen complete and utterly stupid inventions. It was hard choosing, but here they are — the top three worst smartphone accessories out there.

Texting is a great thing. Even more than phone calls, texts make the world a whole lot smaller by not only making communication instantaneous but also a thousand times more convenient on both ends. But there has to be a point where this quest for convenience becomes a little unreasonable.

Enter the Brolly, a company that makes umbrellas with grips designed specifically to allow you to text and shield against the rain at the same time. Although it’s an interesting concept, this reeks of an invention no one would actually really need. After all, is it all that difficult to just put your umbrella in a different hand? Most of us have two, you know.

I have fond memories of the old rotary phone my grandparents had in their house. The sharp ring from the bell inside the wall mount, the satisfying resistance of the gears as you dialed a number, the quality plastic of the handset — all were perfect windows into a bygone era. But this is the 20th century, not 1995 anymore — it’s time to move on.

Apparently, nerd niche marketplace ThinkGeek.com didn’t get the memo, because their wireless retro handset modeled after the phones of old allows you to take calls from your cellphone on a rotary phone receiver. You might enjoy the novelty for about five seconds, but I’d wager you’d probably want your $30 back after 10.

I think the name of this product pretty much speaks for itself.

Part Bluetooth speaker, part toilet paper dispenser and all unsettling, the iCarta 2 brings a whole new meaning to musical chairs. Because really, nothing aids moving your bowels more than blasting Justin Bieber while dealing with your own version of human waste.

What really disturbs me, though, is the fact that the first iCarta was so popular they just had to make a second one to appease their legion of fans. Ew.