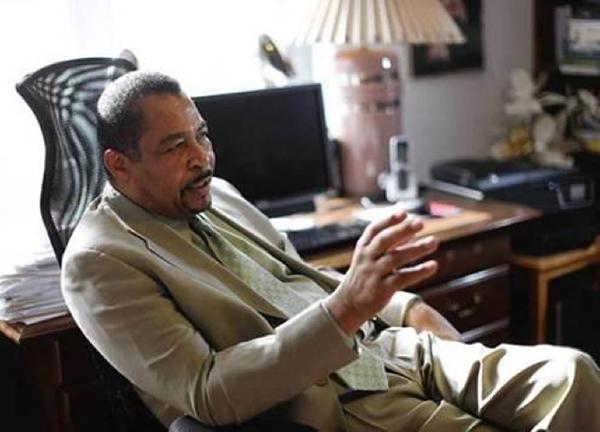 Sociology Prof. Aldon Morris is currently in the running to become president of the American Sociological Association. His opponent is former NU Prof. Paula England, who currently teaches at New York University.

Northwestern sociology Prof. Aldon Morris is in the running to become the next president of the American Sociological Association.

Morris, who primarily focuses on race issues, social inequality and social movements, said he received the call from the secretary of ASA in October informing him he had been nominated to run for the position. He did not accept his nomination right away, instead taking a few weeks to consider the decision.

“I was kind of taken aback and had to decide whether it was something I wanted to do or not,” he said. “My feeling was that it was an honor to be selected by my colleagues, my peers. It was surprising and humbling.”

The presidency will be voted upon along with other ASA officers nationally by association members in early spring, and winners will be announced in June. Morris said although members might try to generate support for candidates, overt campaigning is frowned upon in the association.

The other nominee for president is Paula England, a New York University professor who taught at NU from 2002 to 2004. England has extensively researched gender discrimination in the workplace.

Morris said he did not learn who his opponent was until long after he had decided to run. He called her a “formidable opponent.”

“I think very highly of her,” he said. “She’s made major contributions in her studies of gender inequality and her overall career. I have nothing but respect and admiration for her.”

Morris said he has been a member of the ASA since graduate school and has been active with the organization for many years, presenting papers, organizing panels and serving on committees.

If Morris is elected president, he would be in charge of organizing the annual ASA conference, at which he would also give the keynote address.

“As president you get to determine the theme of that conference, and you get to organize high-profile panels to discuss various kinds of issues,” he said.

The president would also be published in the flagship issue of the ASA publication, the American Sociological Review.

Morris’ potential new responsibilities would not affect his work at NU, he said, especially because the ASA president only serves for one year.

This quarter, Morris is teaching a sociology freshman seminar and a class about social change while also working on a book about the role of W.E.B. DuBois in American sociology. He has previously served as the chair of NU’s Department of Sociology and as Weinberg’s associate dean of faculty.

“I’ve learned so much about how social movements form and how they’re sustained,” he said. “It’s great to be part of a class where the professor is so obviously interested in the stuff we’re discussing. I’m very glad to hear that he’s been nominated.”

“He’s a real leader and has got a lot of experience in administration,” she said.

Correction: A previous version of this story misquoted Matthew Kovac. The story has been updated to reflect the correct statement. The Daily regrets the error.