Men’s Basketball: Northwestern’s leading rebounder Swopshire out for the season with a knee injury 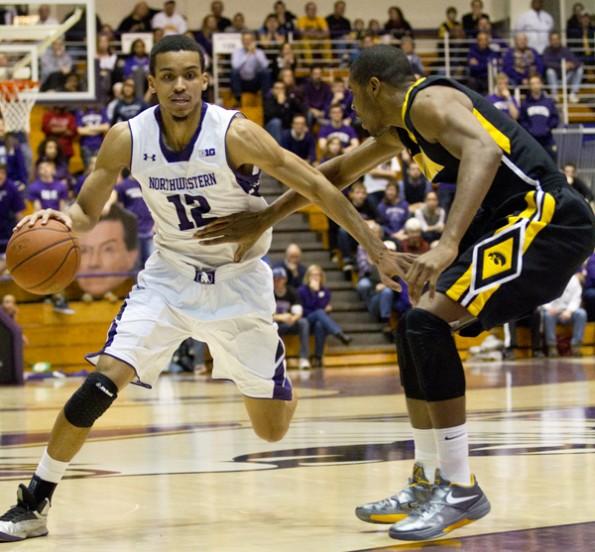 Graduate student forward Jared Swopshire, Northwestern's leading rebounder, will miss the rest of the season after having knee surgery Tuesday.

Graduate student forward Jared Swopshire will miss the remainder of the 2012- 2013 season due to a knee injury he suffered during Saturday’s game against Iowa.

Swopshire had arthroscopic knee surgery, a type of surgery generally used to evaluate and treat cartilage within the knee joint, Tuesday.

Swopshire joins senior forward Drew Crawford, out with a shoulder injury, on the bench for the Wildcats’ seven remaining conference games and the Big Ten Tournament, which starts on March 14.

Swopshire started all 24 games for Northwestern this season, is the team’s leading rebounder, averaging 6.7 rebounds per game, and has the highest rebounding average of any NU player since the 1998- 99 season.

Swopshire grabbed a career-high 16 rebounds against Nebraska on Jan. 26, the most rebounds any player has had in a game during coach Bill Carmody’s 13-year career at NU.

The graduate student is also a key member of the Wildcats’ offense with 9.7 points per game. Only Hearn and sophomore guard Dave Sobolewski average more points per game than Swopshire.

Perhaps more than offensive success, however, Carmody has throughout the season called the quiet, low-key forward one of the veteran players the coaching staff depends on to lead NU’s young team on the court.

“At Louisville, he was a role player,” Carmody said last month. “A significant role player on a Final Four team, so he’s experienced, he’s not afraid or anything. He’s a good player – he’s a competitor, he’s not just a big talker.”

Despite the transition from role player to team leader, Swopshire impressed early on. The forward was named the Tournament MVP after NU won the South Padre Island Invitational on Nov. 24, when Crawford was still playing.

Saturday, Swopshire was one of two players to leave the court during the second half against Iowa. Freshman center Alex Olah retreated to the locker room after getting hit in the back of the head.