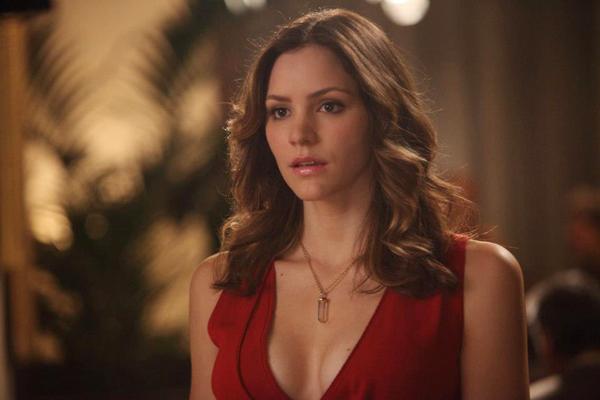 Katharine McPhee is one of the characters of “Smash.” McPhee plays Karen, a singer who’s fighting for the part of Marilyn Monroe.

Season one of “Smash” was crazy to say the least. The story lines were all over the place, and some of the characters (Ellis, I’m talking to you) were far too eccentric even for a series about show business. The season two premiere of “Smash,” however, proved that with some much-needed focus and new characters, the series can succeed. With Josh Safran as the new showrunner, the two-hour premiere was filled with promise.

The beginning of the episode picked up right where season one left off, with the premiere of “Bombshell” in Boston, and quickly moved on from there. Karen is moving out and moving on, and ex-boyfriend Dev is nowhere to be seen. Ivy is back at the bottom of the Broadway world and realizes she needs an exercise in humility if she’s ever going to be a star. The creative team of “Bombshell” is dealing with mixed reviews and, as usual, money problems. All of this might sound pretty similar to season one of “Smash,” but the first few hours of season two showed subtle but significant shifts in the creative style.

For one, even though the characters are still trying to get “Bombshell” to Broadway, Safran presents a much more fleshed-out plot that incorporates fresh and interesting story lines. Marilyn Monroe is no longer the sole focus. Season two also introduces new characters such as Veronica, a Broadway star, and Jimmy, a wannabe Broadway star. By getting rid of tiresome, fairly flat characters like Leo, Ellis and Dev, “Smash” is able to introduce these new, more interesting characters without overcrowding the show.

Ivy, a complex character who became downright unlikable at some points during season one, regained some balance in the opening episode. She still wants to be a star, but she realizes what can happen if things get out of control. This realization was necessary and makes it easier for audiences to root for her.

Safran also took the time to add more levels to characters who had become quite one-dimensional. Derek, for the first time, appeared more complex as he grappled with sexual harassment charges. The writers wisely decided to explore the friendly relationship between Derek and Karen, and hopefully, that partnership will continue as they work together outside of “Bombshell.”

This new season of “Smash” makes audiences root for the characters, instead of scratching their heads at the decisions they make. In season one, viewers were told they should become instantly mesmerized by Karen’s voice. They were told Julia and Tom have a great friendship. They were told they should want to see the characters make it to Broadway. Season two shows us why we want them all to succeed. Sure, the episode was filled with some cheesy, eye roll-worthy moments (Derek has yet another dream musical sequence), but for the first time in a long time, the good outweighed the bad. If “Smash” continues on this path, viewers will stop “hate-watching” and starting enjoying the fascinating show in front of them.