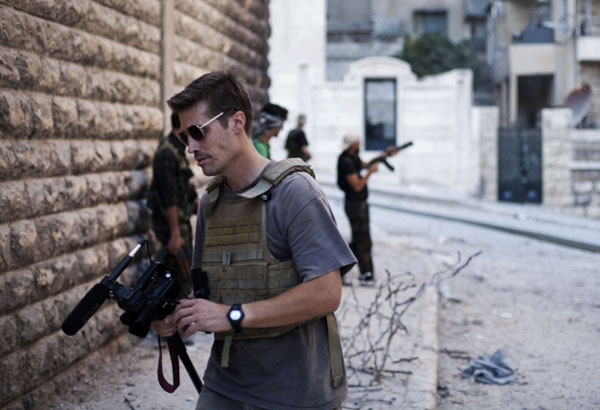 The family of James Foley (Medill '08), who was kidnapped in Syria in November, announced Tuesday that they will use social media in Syria and the surrounding area to attempt to seek information on his whereabouts.

The family of freelance journalist James Foley (Medill ’08) announced Tuesday they were turning to social media websites in Syria and the surrounding region for information about his location, 75 days after he was abducted in the country.

Foley was kidnapped by an unidentified gunman on Nov. 22, 2012. This is the second abduction of Foley, who was held in Libya by Muammar Gaddafi supporters for 42 days in 2010. Foley’s brother, Michael, said the family hopes to use social media this time around to potentially obtain tips about his location.

“We haven’t heard any new direct information,” Michael Foley told The Daily on Wednesday. “That’s why we’re continuing to pursue all avenues.”

When Michael Foley spoke to The Daily, social media advertisements for the cause had only been live for about 24 hours. He said they had already topped 300,000 viewers and received responses from several hundred people.

“The response has been much better than I expected,” Michael Foley said.

John Foley, James Foley’s father, shared his hope that the social media campaign would be successful in a Tuesday press release.

“Social media has transformed how people communicate and share information,” John Foley said.“Our family believes that someone in Syria knows what happened to Jim, where he is located and we hope that person contacts us.”

The Foley family did not release the news of their son’s second capture until early January. He was reportedly captured with his translator and driver, who were later released. James Foley was with another journalist, who is also missing and remains unidentified.

After he was released in Libya in 2010, James Foley gave back to the Medill community by talking to groups of students when he was in the United States and participating in the Crain Lecture series.

While on assignment in Syria in November, shortly before his second disappearance, he spoke to Medill Prof. Loren Ghiglione’s class via Skype. When asked about his capture in Libya, he told Ghiglione’s class he had learned from the experience.

“He tries to be even more cautious than he was in Libya when he was taken the last time,” Ghiglione said to The Daily in January. “It’s just sad that yet again we don’t know what’s happening to him.”

James Foley is a “veteran” border conflict journalist and has reported in the Middle East for more than five years, Michael Foley said.

“We’re pretty used to it now at this point as a family,” Michael Foley said. “He’s very cautious. He always has been.”

Since the news of the capture broke in January, numerous organizations, recently including the International Center for Journalists, have advocated for James Foley’s release. As of Wednesday, more than 6,400 people signed an online appeal from the Foley family at freejamesfoley.org.

The website also now offers a link in both English and Arabic for people to provide any information on James Foley or “useful contacts in Syria.” Michael Foley said he hoped the new campaign would reach “as many people as possible.”

“We’re not leaving any stones unturned,” Michael Foley said. “The message will get to right people, and they’ll contact us.”