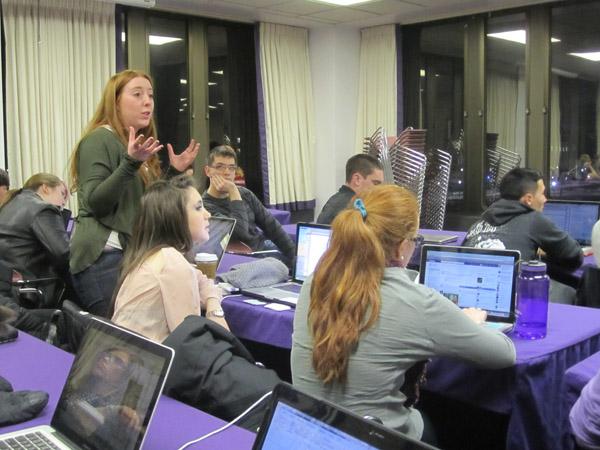 Associated Student Government discussed nominating members for a committee to focus on firearm regulation and proposed a resolution in recognition of a president’s birthday during Wednesday’s Senate meeting.

“I would vote for this for any president, because even though I don’t support all presidents, I support all of their birthdays,” Schieber said. “It’s just for fun.”

Some senators were concerned that the resolution would stain ASG’s reputation as a professional student government.

“This is not an emergent issue — Ronald Reagan has had 101 birthdays before,” said senator Ian Coley, a Weinberg senior. “It’s embarrassing to me that this is coming up as emergency legislation … this should have gone through rules if it was going to be considered at all.”

Although some senators deemed the resolution a waste of time, Schieber encouraged senators who hadn’t been vocal during past meetings to participate in the debate. This addresses an issue that speaker Ani Ajith said senators brought to his attention in the past few weeks. Senators were frustrated that the same handful of senators took a majority of the speaking time, the Weinberg junior said.

“Sometimes, especially the new senators, feel intimidated,” he said. “What I try to reemphasize in Senate is that senators should feel at liberty to speak when they have something they feel will significantly contribute to the discussion.”

He added that although some senators participate less during Senate, most of them are extremely active in communicating with their constituents and contributing to caucus meetings. Almost all senators feel that people should not speak unless they have “something new, something positive or fresh” to contribute to the conversation, he said.

I believe there are a lot of loud voices in Senate that tend to (drown out) other senators, and that can cause other senators to feel a little shy,” said senator Jane Gilmore, Weinberg junior. “It’s just bucking up and getting to the point where you can talk.”

Senators were scheduled to debate and vote on a new resolution, “Brady Scholars Senior Project: Hoop House,” which would suggest building a makeshift green house on campus. Because of miscommunication, the authors did not show up to the meeting. Senators voted to table the resolution for one week.

Correction: A previous version of this story misidentified Emily Schraudenbach as an ASG senator. She is a Student Life committee member. The Daily regrets the error.