Northwestern senior to bike across country this summer 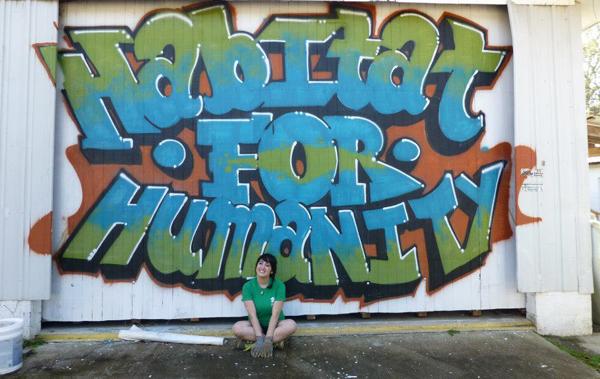 Habitat for Humanity President Emily Hittner will bike across the country this summer.

While the rest of Northwestern’s Class of 2013 listens to renowned ballet dancer Mikhail Baryshnikov at this year’s Commencement ceremony, Weinberg senior Emily Hittner will be on her way toward completing a countrywide bike trip.

This summer Hittner, who is president of NU’s Habitat for Humanity chapter, will be biking 4,000 miles across the country, participating in affordable housing builds along the way. The trip, part of the national organization Bike and Build, will begin June 17 and end in late August, extending from New Hampshire to Vancouver.

Operating for over a decade, Bike and Build sends young adults on different routes every summer, with about 30 riders per group. Last year the organization raised more than $600,000, which was distributed to local and national affordable housing projects nationwide. Although not officially affiliated with the umbrella Habitat for Humanity organization, the initiative works closely with many Habitat chapters located along the routes.

“I’d love to represent Northwestern in this cause,” she said. “Obviously not many students do this. Especially being a Northwestern graduate, I hope I can make a big gesture.”

To participate, Hittner is required to raise $4,500, no easy task for a college student, she said. So far she has raised $1,200, primarily from solicitations from friends and family, and she said she would like to collect as much as $8,000 for the trip.

Hittner is receiving substantial help from Weinberg sophomore Jack Furness, Hittner’s friend and a member of NU’s Habitat for Humanity chapter. Furness committed to donating a dollar a day toward Hittner’s funds since she was accepted into the program in December.

Furness said Hittner’s passion for Habitat for Humanity convinced him to contribute significantly to her trip.

“She’s going across the country — that spreads a lot of awareness,” he said. “That’s something that’s really significant.”

Having reached out to the majority of people she knows, Hittner will soon be seeking donations from individuals and groups in the NU and Evanston communities through canning, bake sales and letters to local businesses.

Kelsey Watterworth (McCormick ’12), former president of NU’s Habitat for Humanity chapter, encouraged Hittner to sign up for this year’s Bike and Build trip. She said the trip is special in that it exposes participants to the wide variety of Habitat organizations across the country.

“You get to see how Habitat works on a much bigger scale than you’d be able to see in one place,” she said. “The struggles, the communities are very different.”

Hittner is not the first NU student to participate in a Bike and Build trip. Last year McCormick senior Tim Earles rode 4,100 miles from Maine to Santa Barbara, Calif., a trip that took him 72 days. Earles participated in projects such as rebuilding a women’s center in Payson, Ariz. and building dorms for an alternative high school in California serving students including teen parents, expelled students and others who did not have the chance to finish high school.

Although a large amount of bikers’ funds are distributed to prearranged grants managed through the Bike and Build headquarters, each individual biking group determines how the remainder of the funds are allocated to local projects.

“Being involved in the actual distribution of money was really neat,” he said. “It made it much more significant than just raising money and throwing it into a big pot where someone else gets to do what they want with it.”

During the trip, Hittner said she is most looking forward to sending postcards to her friends, who have each selected different cities along her route. Thumbtacks scattered across a map of the country are helping her keep track of where she will need to hit the post office.

“I’m excited to write those postcards and see places and experience places that I never have before,” she said. “It’s going to be an amazing experience.”