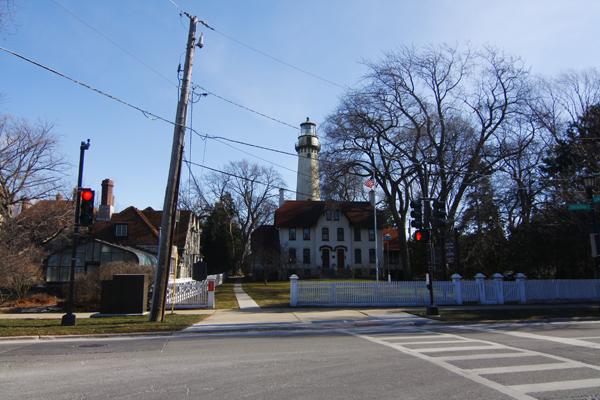 Grosse Point Lighthouse, on Sheridan Road, will undergo renovations this spring, not opening its doors again until the summer.

A 140-year-old lighthouse in Evanston is getting its first makeover this spring.

The Grosse Point Lighthouse, a historic light station on Sheridan Road just north of campus, was the first one in the Chicago area to be named a national historic landmark, said Carlos Ruiz, a city planner for the Evanston Preservation Commission.  Evanston is very proud of having the light station and needs to preserve it, he said.

“If it were not restored, over time it would not have the same impact,” Ruiz said.

The city received the application for the renovations last October, Ruiz said. The planned renovation includes remodeling the front steps, the keeper’s house and the light tower’s doors and windows. The roof and masonry for the exterior and front stairs will also be renovated, said Donald Terras, the Lighthouse Park District director, adding the restoration will be an ongoing process.

The light tower had been leaking and the foundation has not been updated since it was built in 1873, Terras said.

Terras, who will oversee the renovations, said the light station is important not only because of its history, but also because it still helps ships safely enter and exit Chicago. A series of Lake Michigan shipwrecks prompted the construction of the Grosse Point Lighthouse, according to its website. Terras said it became extremely important for cities nearby.

“It was for a very long period of time the navigational landmark into the port of Chicago,” he said.

Jeff Gales, a member of the United States Lighthouse Society, said the renovation of Grosse Point is essential not only for the city but for the rest of the country. Gales called the fixes a matter of “importance for national preservation,” adding all light stations provide a sense of heritage to the nation and should be preserved.

Ruiz added city officials, specifically the Preservation Commission, are concerned with keeping Evanston’s history alive. He said the renovation of a landmark that’s only a few years younger than the city, which turns 150 in December, is extremely important.

“Being a landmark, we are trying to encourage the owners to do that,” Ruiz said of the restoration.

Ald. Jane Grover (7th) said she is happy about the Grosse Point renovation. With the lighthouse within her ward, Grover said Grosse Point is extremely important to her.

The lighthouse will resume its normal hours of operation this summer.