Chicago food truck to go to court against Evanston 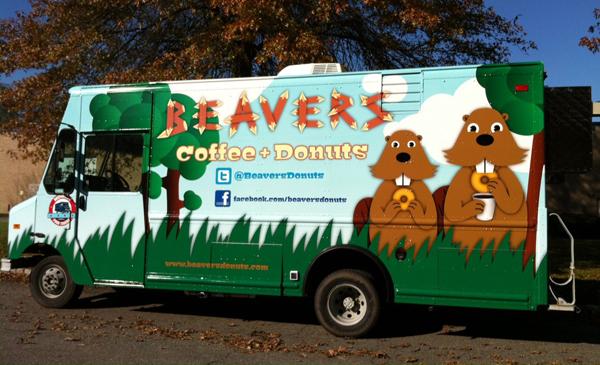 Beavers Doughnuts and Coffee, a Chicago-based food truck service, is suing the City of Evanston for banning food trucks from the city.

The lawsuit between the City of Evanston and a Chicago food truck service will go to court Jan. 29.

Beaver’s Coffee and Donuts sued the city in August for prohibiting them from operating as a mobile food vendor. The Cook County Circuit Court set the court date in late November.

An Evanston ordinance restricts food truck owners from selling their products within the city unless they own a physical restaurant.

“I think (the city is) doing a disservice to the citizens of Evanston by denying them potential revenue and denying them consumer choice,” Wiesen said.

When he started the doughnut truck with a partner in 2012, Wiesen said he thought Evanston would be a perfect market because the city is one of the few Illinois municipalities that allow mobile cooking trucks.

The doughnut truck has operated at NU events such as Dillo Day and several student-run fundraisers.

With so many students in the city, the Beavers owners decided to explore how to get a license to operate in the city, Wiesen said. Without the license, the truck could only operate for specific events.

Wiesen said they attempted to satisfy the city requirement by partnering with an Evanston bakery so the truck would sell products from both businesses. But the city told them the arrangement wouldn’t work because Beavers must be the actual owners of an establishment.

The owners then filed a lawsuit in August, after they were approached by Jacob Huebert, an attorney with Liberty Justice Center, a non-profit litigation center.

The city filed a motion to dismiss the case in October, arguing the Beaver owners cannot sue Evanston because they did not actually apply for a license.

“The law is very clear that they cannot get a license no matter what, so there’s no point in applying for a license,” he said.

City spokesman Eric Palmer declined to comment on the case.

Evanston has only allowed one food truck to operate in the city, the Hummingbird Kitchen. The owners applied for a license before the city passed the ban.

Heather Falconer Behm, Hummingbird’s managing partner, said their truck had an important role in the development of the food truck ban.

“Our request to operate our food truck was actually the impetus for the existing ordinance, as we were the first to petition for this type of license,” she said.

“It helps to ensure that those who have invested in Evanston brick-and-mortar restaurants are not overrun with daily competition from multiple city trucks,” she said.

But Wiesen argued there is a big clientele in Evanston for food trucks and said he will not give up the case.

“I know that our cause is right,” Wiesen said.