What the movies taught us about suiting up 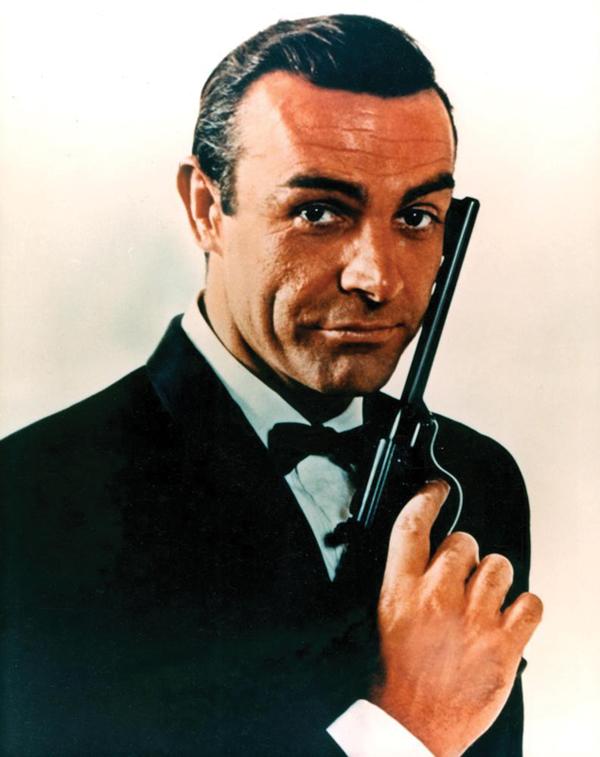 Nearly any James Bond is a reliable go-to for style tips in the movies, but Sean Connery, in typical Bond fashion, wins out.

Movies are full of iconic images and can be a useful style resource. It’s no coincidence, given movie stars range from dapper Ryan Gosling types to near-perfect James Bonds. Perhaps the most interesting style lesson to glean from film is how to get creative with donning a suit or formal separates. Here are a few ideas the movies have shared with us about suiting up:

Sean Connery shaped the white dinner jacket into something eternal when he sported it as Bond in “Goldfinger.” This not-quite-white jacket provides a unique sense of debonair style that doesn’t take itself too seriously, yet exudes formality. It is a timeless alternative to the monochrome suits and black tuxes that tend to be formal wear “safe zones.” The white dinner jacket teaches us color is not a confine, nor are dinner jackets inferior options to their set-based counterparts.

If you’ve seen Quentin Tarantino’s films, you know he’s no stranger to pushing the envelope and making the necessary efforts to achieve his wild vision. “Reservoir Dogs” is famous for having a giant success for such a tiny budget, and that budget meant not buying the six aliased men new, tailored suits for their roles — if they wore actual suits at all. The gang in “Reservoir Dogs” is famous for wearing black suits with black ties, and many of the actors wore uncoordinated pieces from their personal wardrobes or thrift stores, which differed slightly from one another to individualize each character. For example, different tie widths for different actors created a barely perceptible difference within the unit. “Reservoir Dogs” exalted the suave French gangster look and proved you don’t have to dress as expensively as Steve McQueen to pull off sunglasses with a suit.

In the realm of fashion, Patrick Bateman kills it (and several others) in the movie “American Psycho.” This movie has Christian Bale’s character wearing some of the most memorable, appealing suits in modern film. These suits mix patterns in a clear relation to Patrick Bateman’s mixed personalities as part murderer, part wealthy businessman. However, nothing about the suits’ mixed patterns is insane. He transitions from scene to scene wearing diamond-patterned, spotted or striped ties against a striped oxford and subtly pinstriped navy suit. When he’s not busy experimenting with murder methods, he’s testing boldly colored suspenders and contrasted detachable shirt collars. “American Psycho,” like “Reservoir Dogs,” sports the concept of well-dressed killers who approach what they do and how they dress with an equally creative eye.

All three films have style tips to share. What we can take away from “Goldfinger” is to dare to change up colors. “Reservoir Dogs” emphasizes the importance of fit, suggesting that one may look good in any label at any price so long as the fit is appropriate and suits one’s personal features. “American Psycho” perhaps sums up all three films’ style themes best: Don’t submit to the confines of any particular pattern in life, whether it’s executing one’s dress or other endeavors.