Wait for Evanston chicken and waffle restaurant almost over 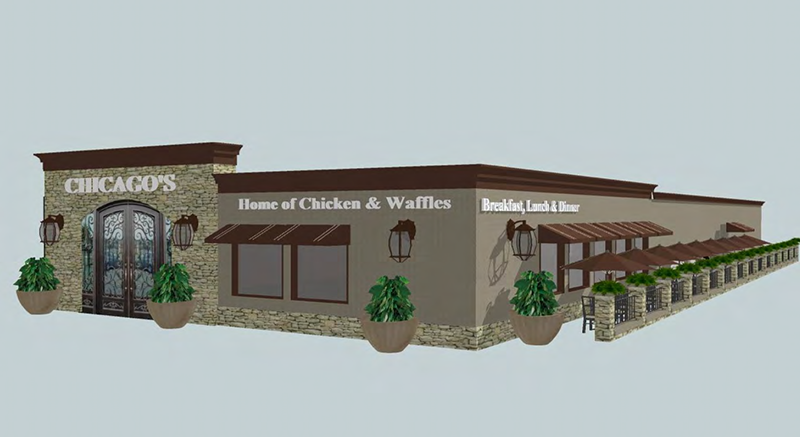 After a planned November opening, Chicago's Home of Chicken and Waffles in Evanston is now scheduled to open later this month. In December, the Evanston City Council provided nearly $8,000 to the restaurant's owners for facade improvements.

Barring unforeseen events, Evanston should see a new chicken and waffles restaurant by the end of January.

The new restaurant at 2424 Dempster St., previously a foreclosed property, was scheduled to open in November but delayed by construction.

Restaurant owners recently received a $7,947 grant from the Evanston City Council for facade improvement last month, in addition to a $200,000 city loan that helped fund the cost of property purchase and construction.

The restaurant, about 5,000 square feet in all, will feature a private room, a full bar, as well as live jazz nights, Van Dyke-Johnson said. It will also have a stone and stucco facade as well as custom wrought-iron doors.

“We really completely turned the building around from what it used to be,” she said. “It will present a look that Evanston is about.”

Ald. Peter Braithwaite (2nd), whose ward will host the restaurant, said the restaurant is “a great example” of how the city’s economic development committee attracts businesses to Evanston. The restaurant is expected to generate $126,000 in restaurant and liquor sales tax revenues for the city in its first full year of operation, according to city documents.

After this week’s recruitment events, Chicago’s Home of Chicken and Waffles has hired 75 employees, three-quarters of whom are Evanston residents, Van Dyke-Johnson said. The restaurant also hires youth in the neighborhood through the Youth Job Center and Curt’s Cafe, which provides food service training for youth.

“We really want to provide jobs in the community,” she said.

Susan Trieschmann, executive director of Curt’s Cafe, said the restaurant hired one individual from her cafe. She plans for more integration between Curt’s and the restaurant.

The restaurant hopes to attract a diverse crowd with its signature chicken and waffles and other traditional comfort food, as well as healthier choices such as salads, Van Dyke-Johnson said.

Jennifer Thomas, an Evanston Township High School junior, said she lives near the restaurant. Though she hadn’t heard about the restaurant’s upcoming opening, she said she would be willing to give chicken and waffles a try.

“I’ve never had (chicken and waffles) together, but separate they’re fine,” she said, adding that she hoped the restaurant would be “clean and not expensive.”

Braithwaite said he expects the restaurant to attract a large cross section of the town, including NU students, who Van Dyke-Johnson said would enjoy a 10 percent discount.

“What’s great about the restaurant is it provides a really nice and comfortable atmosphere in a very affordable price,” Braithwaite said. “I think once you walk into the restaurant, you will be pleasantly surprised.”