Aside from ETHS board race, little competition in April election 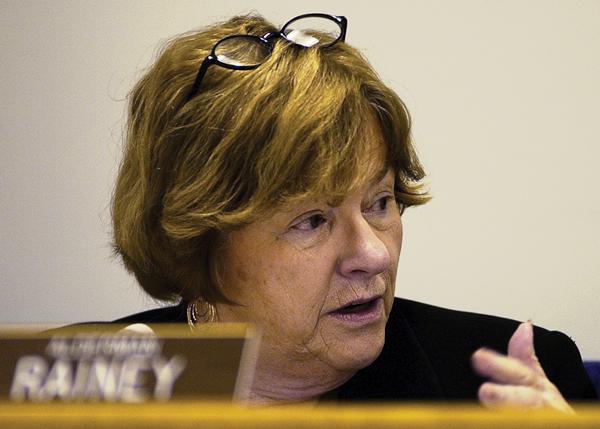 Ald. Ann Rainey (8th) faces no challengers in her run for re-election in the April election. Rainey’s competitor, Thomas Just, dropped out days after a false news report that his candidacy would be challenged.

After a crowded field of City Council candidates stacked the 2009 election, only two incumbent aldermen face a challenger in the upcoming April election.

The filing period to participate in the statewide April 9 election ran from Dec. 17 to 26, garnering candidates for City Council and school board positions. Illinois Gov. Pat Quinn signed legislation that extended the filing period, originally scheduled to end Dec. 24.

Even with the extension, few races prompted competitors.

At the end of the filing period, 1st, 2nd, 6th and 8th Ward aldermen each faced a challenger. Two candidates have since dropped out, however, and a third’s petitions have been challenged.

Thomas Just, who filed to unseat Ald. Ann Rainey (8th), withdrew his application on Dec. 31, said city clerk Rodney Greene. Greene reiterated Friday he did not believe Just’s candidacy would be challenged, contrary to a report prior to the candidate’s withdrawal.

“I never would have challenged your candidacy,” Rainey said in a post on her online ward message board, apologizing for the news report.

Lone 2nd Ward challenger James Dyer backed out of the race Thursday, Greene said, because he was “no longer interested” in the position.

Dyer’s wife, Beverly, told The Daily on Sunday there were no ill feelings or retaliation behind the decision, calling Ald. Peter Braithwaite (2nd) a “family friend.” James wants to support Braithwaite in his campaign, she said.

“Give the young man a chance,” Beverly Dyer said of Braithwaite.

A 1st Ward resident who sits on the same city committee as Ald. Judy Fiske (1st) filed a formal objection to challenger Edward Tivador’s petitions Thursday, Greene said. The city’s election board will hear the challenge of Barbara Janes, who is on the Rental Unit Licensing Committee with Fiske.

The lone City Council race with no dropouts or challenges lies in the 6th Ward, where Mark Sloane is running again against Ald. Mark Tendam (6th). In the 2009 three-way race for alderman, Sloane lost by 99 votes with 2,117 cast.

In order to run, candidates needed to fill out a petition, a statement of candidacy and a receipt showing a statement of economic interests was filed with the Cook County clerk’s office.

That last document would be the early downfall of one Evanston-Skokie District 65 school board candidate.

Lincolnwood Elementary School parent Peter Kaplan arrived at the Joseph E. Hill Education Center to file papers at the start of the filing period with three other candidates, including incumbent Tracy Quattrocki.

School board secretary Pat Markham said she told those filing that not having the receipt for the statement of economic interests would not affect participation in a lottery for ballot order as long as the receipt was filed by Dec. 26, the end of the filing period. According to the Illinois Election Code, candidates who arrived to file at the beginning of the first day of the filing period are considered to have “simultaneously filed,” requiring a lottery to determine candidate placement on the April ballot.

On Kaplan’s filing slip, a space for his receipt for the economic statement was left blank, indicating the document was not received, Markham said Friday. Kaplan did not file the receipt with the district office and was taken off a list of candidates posted on the District 65 website, a first in Markham’s tenure with the district.

“Technically, I still can be elected as a write-in candidate, but right now that is feeling like an overwhelmingly daunting task,” Kaplan said in a statement on his campaign’s Facebook page. “Should that happen, of course I would be honored to serve, but that is a huge hill to climb.”

Although Kaplan did file the statement of economic interests, Markham said she’s not legally allowed to accept the receipt late, pointing out the Dec. 26 deadline applies to “all candidates for all positions across the state.”

“It’s not a decision I’m allowed to make,” she said.

Kaplan said he is not planning a write-in campaign at the time. Kaplan has to declare write-in candidacy 61 days prior to the election, according to the Illinois Election Code.