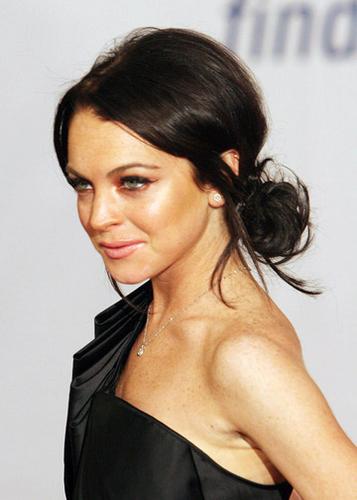 Lindsay Lohan has no regrets about her past.

“(I regret) nothing because then I wouldn’t have been able to cry in scenes at the drop of a hat. I have it tattooed: Live without regrets. I’m not saying I wanted to go to a jail cell, but I’ve drawn from all of it.” – Lindsay Lohan on her troubled past. Lohan recently starred in the Lifetime movie “Liz & Dick.”

“I’m just saying, there have been worse dinners. … Like what? … The dining scene from ‘Alien’ comes to mind.” – Castle, played by Nathan Fillion, and Beckett, played by Stana Katic,  joke around on “Castle.”

“I promise with the entirety of my heart that we will make (‘Girl Meets World’) with the same honesty, innocence and intelligence. The first comment out of every person (involved)’s mouth was, ‘Let’s only do it if we think we can create something as special as we did with (‘Boy Meets World.’)” – Danielle Fishel assures fans on her Tumblr page that “Girl Meets World” will be just as special as the original. Fishel and co-star Ben Savage officially signed on to be part of the spin-off series.

“You threw away the microwave? That’s what makes burritos delicious!”  – Nick, played by Jake Johnson, always finds something to complain about on “New Girl.”