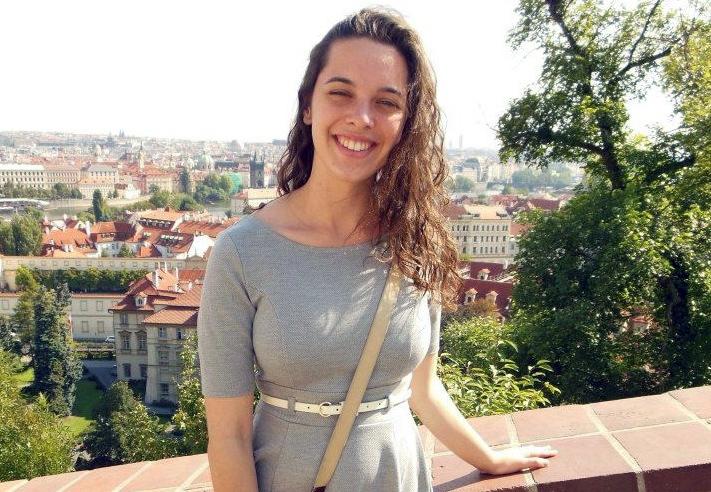 “On behalf of the University, I extend our sympathies to Alyssa’s family and to her friends here at Northwestern,” wrote Patricia Telles-Irvin, vice president for student affairs. “The loss of one of our students affects all of us who are members of the Northwestern community.”

Hours earlier, Weaver’s peers at Goldsmiths College, which is part of the University of London, received an email saying that she had “recently passed away.”

“She was beautiful, bright and enthusiastic,” Weaver’s mother Terri told The Daily on Monday evening.

Terri Weaver said she had been in contact with Julie Friend, associate director for international safety and security with NU’s Study Abroad program. She expressed interest in doing something with the University and her daughter’s peers when it is more appropriate for the family. She said she wanted to be a part of any memorial service on campus.

Weaver was studying visual cultures at Goldsmiths in an academic program that was coordinated by Philadelphia-based Arcadia University.

In London, other students in the Goldsmiths program and students who met Weaver while abroad held a vigil Monday afternoon in remembrance.

Communication junior Brennan Suen met Weaver during the first week of their study abroad program. He attended the vigil and said more than 100 people gathered to tell stories, recite poems and light candles to honor their peer. Even students who didn’t know Weaver well attended to remember her.

“Everyone kind of took a moment of silence, then we put our candles on the ground and let them sit there and reflect,”  Suen said. “It was nice even though we’ve been there two months, everyone was able to come together. … One girl was just like ‘I met her one time during the first week and never forgot her,’ and was just so shocked because she was just that kind of girl.”

In a statement Monday morning, Arcadia officials said they did not believe Weaver’s death was suspicious.

On Sunday night, NU officials met with members of Weaver’s sorority, Chi Omega, as they returned from Thanksgiving break.

The NU chapter remembered Weaver as an “invaluable member” of the chapter in a statement earlier in the weekend.

“Alyssa brightened everyone’s day with her unyielding enthusiasm and contagious smile,” Chi Omega president Hailey Arterburn said in a statement. “Alyssa had a vibrant personality and was driven to follow her dreams. She gave so much of herself and made such an impact on everyone she met. She was loved by her family and friends and will be dearly missed.”

Associated Student Government also sent out a statement extending its sympathies on behalf of the NU student body.

“In times like these, we must also lean on our fellow Wildcats,” ASG said. “The loss of one of us is a loss for all of us. It is more important now than ever that we show united support for all members of our extended Northwestern family.”

Neither ASG nor the University have finalized details for on-campus events memorializing Weaver.