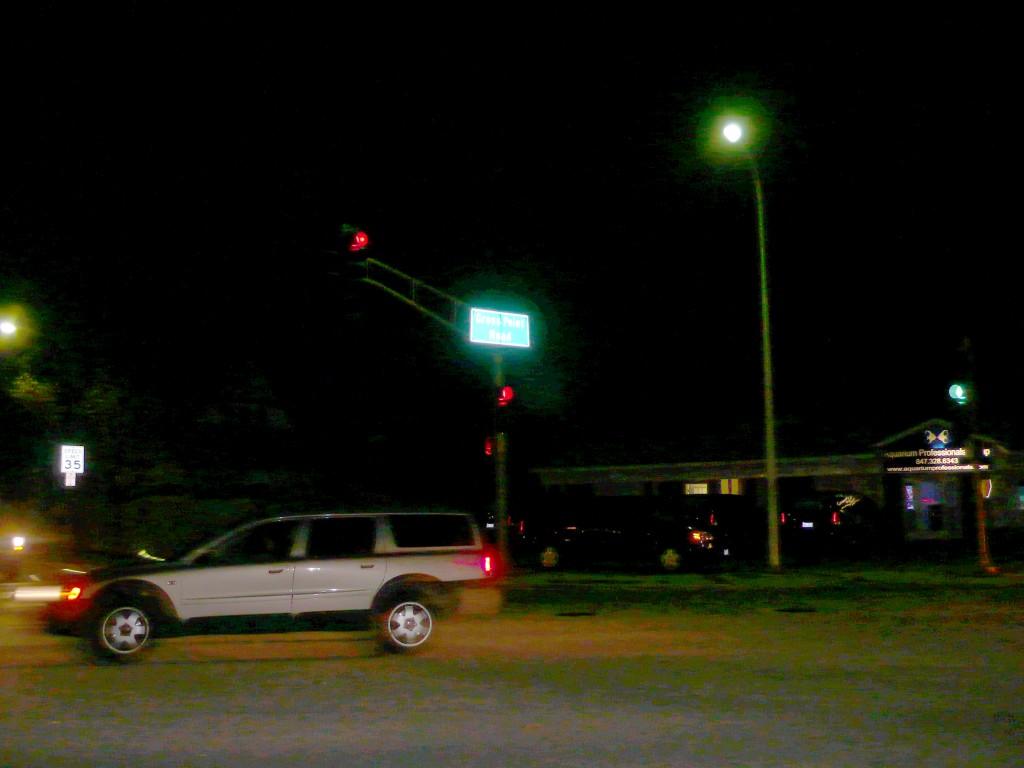 Cars line up near 2500 Gross Point Rd., Evanston during evening peak hours. McDonald's withdrew its plan to build a restaurant and drive-thru at the location Friday.

Fast food chain McDonald’s nixed on Friday its application to build a restaurant in northwest Evanston,  days before the city’s Zoning Board of Appeals meeting, according to a news release issued Monday.

McDonald’s originally applied in the summer for a special use permit to build a restaurant and drive-thru at 2500 Gross Point Road, said Ald. Mark Tendam (6th), whose ward would have included the restaurant. Bridget O’Keefe, an attorney representing the chain, emailed the city Friday to withdraw the application, according to a city document.

Representatives for McDonald’s could not be reached for comment.

Tendam said he was “happy” with the chain’s decision because the proposed restaurant would worsen traffic congestion at the intersection of Gross Point Road and Harrison Street. The intersection already sees considerable traffic because of its proximity to the Memorial Park Cemetery in Skokie, as well as Ryan Field-bound traffic on football game days, he said.

“I think it was the right thing for the neighborhood and for the ward, even for the city,” Tendam said. “(The intersection is) part of the major entrances to the city. I would hate to see a huge bottleneck in terms of getting to and from the north side of Evanston.”

Residents and city staffers also expressed concerns with the restaurant’s proposed size, Tendam said, adding that a petition opposing the restaurant had already circulated the neighborhood.

Wilmette resident Peggy Dwyer, who said she drives through the intersection twice a week, said she prefers not to have the proposed McDonald’s there.

“I’m glad they are not doing it,” Dwyer said. “I like the traffic the way it is now.”

There are at least four businesses already at that intersection, two of which — a hair salon and a dry cleaner — sometimes face traffic problems, Tendam said.

“(The intersection) is ideally suited for businesses that are there,” Tendam said. “Although … there are problems getting in and out of that shopping center during the day that can be challenging even now, with what business they generate.”

Tendam said the proposed restaurant’s impact on traffic outweighs the potential economic benefits for the city.

“I have to think there’s a better place that would be as popular and convenient that would work and not … impact the residential area as this one,” he said.

Paul Downs, who works at the wine shop Schaefer’s, 9965 Gross Point Road, said he is happy McDonald’s withdrew the application because the proposed restaurant would adversely impact businesses in the area.

“In this area, especially between here and Northwestern, there’s a lot of small business that thrive on the neighborhood and the locals supporting them,” Downs said. “To insert a corporate entity in the middle of it all, it kind of starts to suck the life out of everything else.”