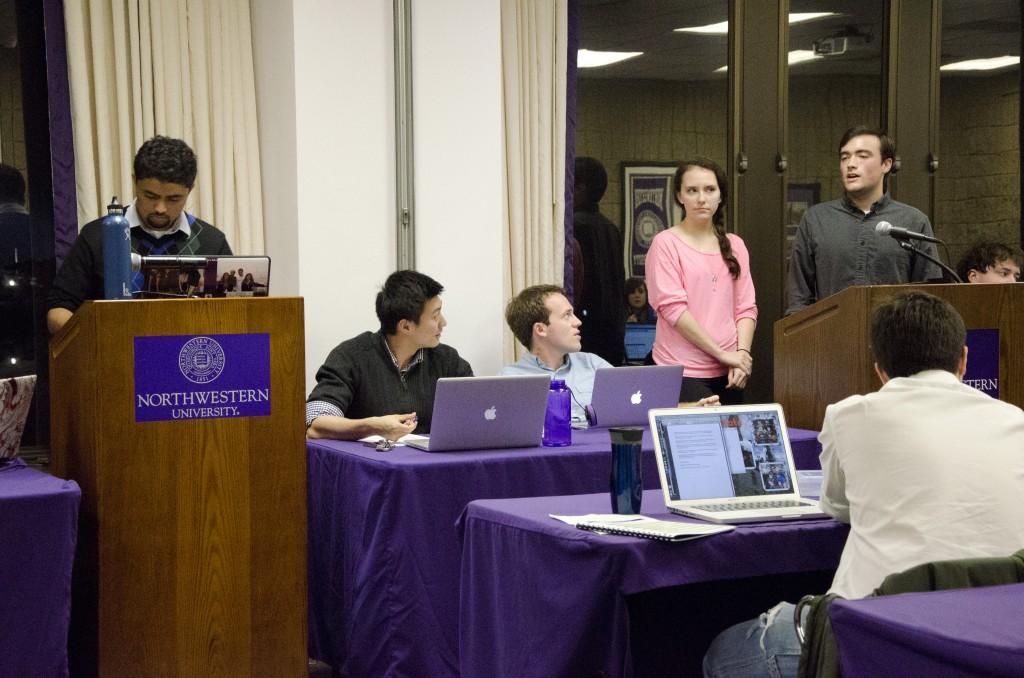 Associated Student Government voted Wednesday to allocate $1,000 to help fund Northwestern Day at Chicago’s United Center, an idea that had been in the works in a few meetings leading up to the senate meeting.

The funding will come from the Senate Project Pool and will assist the Center for Student Involvement in the planning of this event.

Two new business items were moved to old business and passed. This was so senate could focus on A status student group funding at next week’s meeting.

“We are trying to find out, economically speaking, is it feasible for Sodexo to do?” the Weinberg junior said. “If not, it’s worth saying we looked into it.”

The senate also passed the creation of an ad-hoc committee to focus on inserting more gender neutral bathrooms on campus. An ad-hoc committee, as opposed to a working group, has stronger “man power and capacity,” but is more focused on a specific issue, which Ajith said demonstrates “a real commitment from ASG to this issue.”

The committee has already identified places on campus that could be receptive to constructing gender neutral bathrooms. According to the group, Technological Institute is one of several places on campus that have gender neutral bathrooms not restricted to binary male or female identifications. However, these facilities were placed on the second floor of Tech, where they are not easily seen, which the group said they think is “an insufficient step forward.”

Alex Van Atta, vice president for student life, said he and his committee have been working on the Lightwalk Report since Spring Quarter, and after conducting a light walk through campus with administrators earlier this quarter, the group will present the report to the administration within the next few days. The McCormick junior said this report affirms student support for increasing light fixtures on campus.

“Lighting on campus is important. It’s always on our minds,” Van Atta said.  “We want to make sure students feel safe. ASG enables the administration and the students to bring their opinions together so we can get results.”

Correction: A previous version of this story misstated that Technological Institute is the only place on campus that has gender neutral bathrooms not restricted to binary male or female identifications. Several other academic buildings have similar restrooms. The Daily regrets the error.