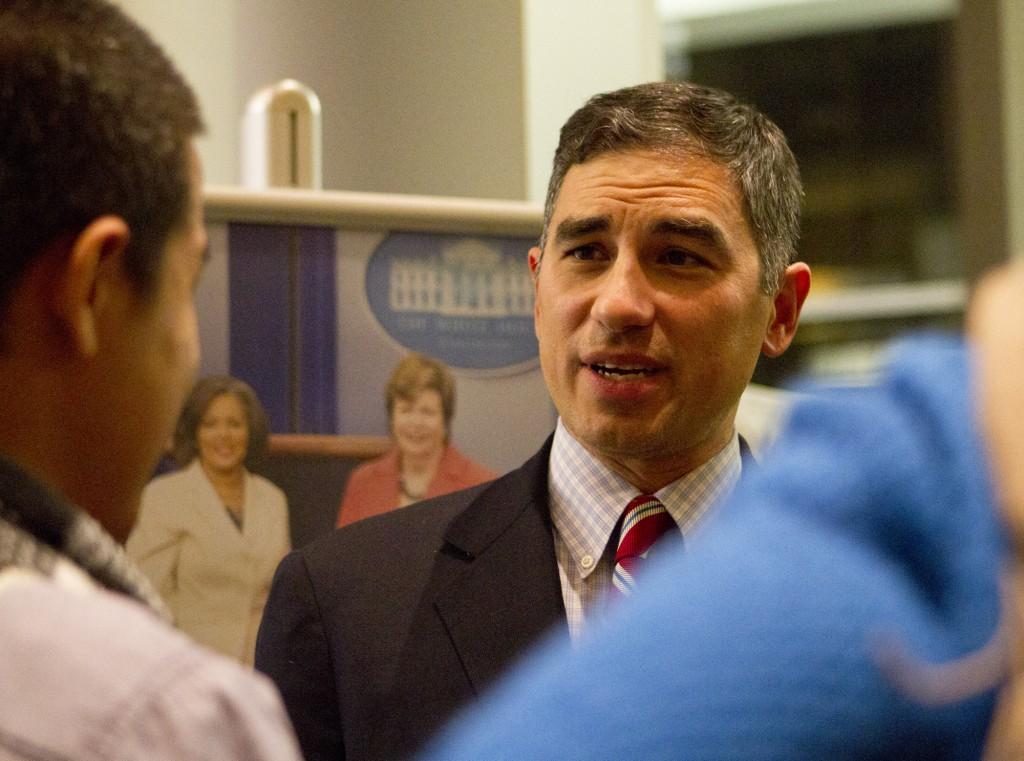 The Medill Innocence Project screened a rough cut of its first documentary Thursday, showcasing the work students have done since a new director took over the project in 2011.

The 30-minute documentary, “In Pursuit of the Truth: Lifting the Veil at the Medill Innocence Project,” contained video footage, photographs and audio that students in the class collected while investigating the cases of inmates who may have been wrongfully convicted. About 50 people attended the screening and reception at the McCormick Tribune Center Forum.

“They’re doing basic shoe-leather investigative reporting,” said Medill Prof. Alec Klein, the project’s director. “I think it’s a good thing to showcase the great work that the students do, so this was an opportunity to do that. But the documentary’s also about raising awareness about potentially wrongful convictions.”

The Medill Innocence Project was founded in 1999 by former Medill Prof. David Protess to investigate potentially wrongful convictions of inmates on death row. Protess resigned in 2011 after an ethical controversy surrounding the project: Students were accused of acquiring information under false pretenses and working too closely with prisoners’ defense teams. Protess went on to start the autonomous Chicago Innocence Project.

The documentary showed the new direction the project has taken since Klein took over, including the first time the class published findings refuting a defendant’s claim to innocence. The film also featured research students in the class are doing on cases related to shaken baby syndrome.

“I didn’t realize the variety of different cases that they explored,” said Medill freshman Miranda Cawley, who attended the screening.

Although the documentary focused on the work students have done in the class since Klein became director, it also addressed Protess’ resignation.

“I felt that we needed to address the controversy before I took over because it is a part of the history of the Medill Innocence Project,” Klein said. “We learn from that history, and I think we’re a better organization because of what we’ve learned.”

Klein also said he wanted to show “all sides” of the project.

“I think that’s actually what we’re doing in our investigations so I think we have an obligation to do it in our own documentary,” Klein said.

In his introduction to the screening, Klein pointed out that the documentary is not a finished product. Klein said he saw “a lot of things” that could be improved, particularly the audio, which he described as “uneven” in places.

“I just want to underscore that this is a rough cut,” he said. “We’ll certainly spend some more time working on it.”

Although a concrete deadline has not been established, Klein said he hopes the full documentary will be complete within the next couple of months.

Medill senior Dan Tham, who took the class last spring and helped film part of the documentary, said he was pleased with the showing.

“I’m excited to see where it goes next,” he said. “Obviously it’s a rough cut, so we have to excuse some of the little quirks and stuff.”

Despite the documentary’s unfinished nature, Cawley said she found it engaging.

“I thought it was really interesting,” she said. “It made me really want to take the class.”