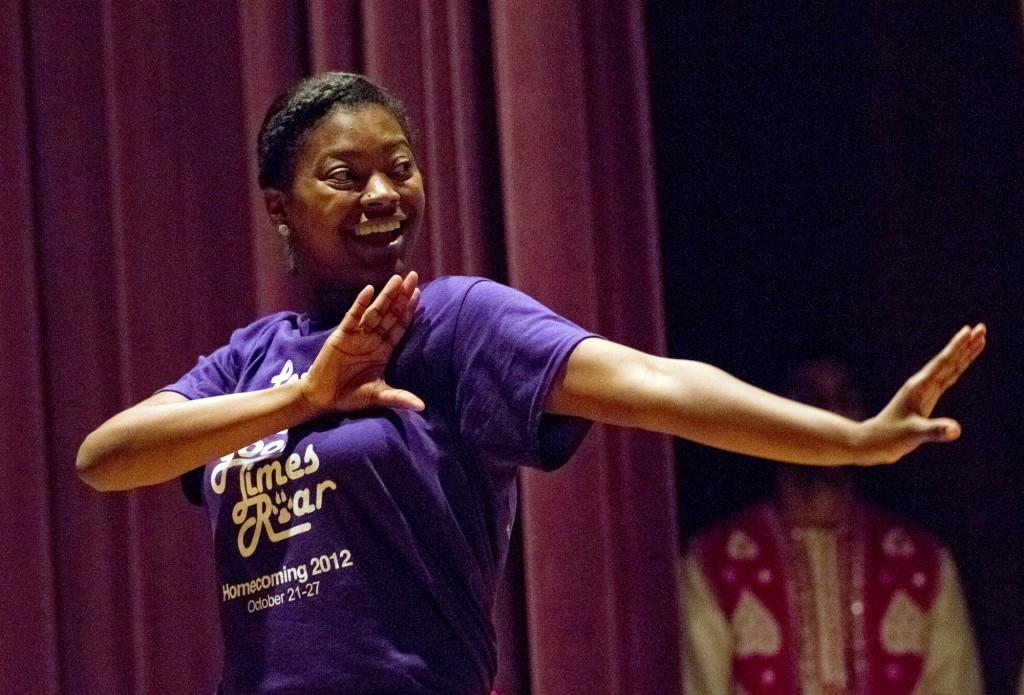 McCormick senior and Homecoming Court member Kyra Woods dances with the group Bhangra during the Homecoming Talent Show on Wednesday night in Norris. The event featured various student groups performing with members of the Homecoming Court as they competed for prize money that would also help fund a charity of the court's choice.

Lakeside Field was covered with colorful dust during The Color ROAR on Sunday. The Color ROAR was Northwestern Homecoming’s first-ever charity paint fight. Students were given powdered paint packets and a Color ROAR shirt beforehand. Northwestern students may bleed purple, but like kindergarteners in art class, we decorate each other with splotches of all different colors.

On Monday, University of Michigan professor, historian, popular blogger and Northwestern alumnus (WCAS ’75) Juan Cole spoke about President Barack Obama and former Massachusetts Gov. Mitt Romney and their positions on Middle East policy. The 23rd annual Leopold Lecture was held in Harris Hall. Perhaps Cole will gain as much popularity from criticizing this year’s foreign policy debate as he did from criticizing President George W. Bush.

Cory Booker: “How to Change the World with Your Bare Hands”

Cory Booker, the mayor of Newark, N.J., who spoke at the Democratic National Convention, came to campus to talk about “How to Change the World with Your Bare Hands.” The speech was hosted by NU College Democrats in Cahn Auditorium, and was followed by a Q-and-A session. NU College Democrats invited Booker because they expect him to throw his hat into the 2016 presidential race. Somewhere in the future, a “Week That Was” post featuring Prof. Juan Cole criticizing candidate Booker is born. Mind blown.

Northwestern Homecoming hosted a talent show yesterday at McCormick Auditorium, featuring many NU performance groups. After pairing up with performance groups, Homecoming Court members also showed off their talents, and the audience voted for the best one at the end. Homecoming week has been electrifying the campus this week. Let’s bring that energy to Ryan Field this Saturday. Go Cats!