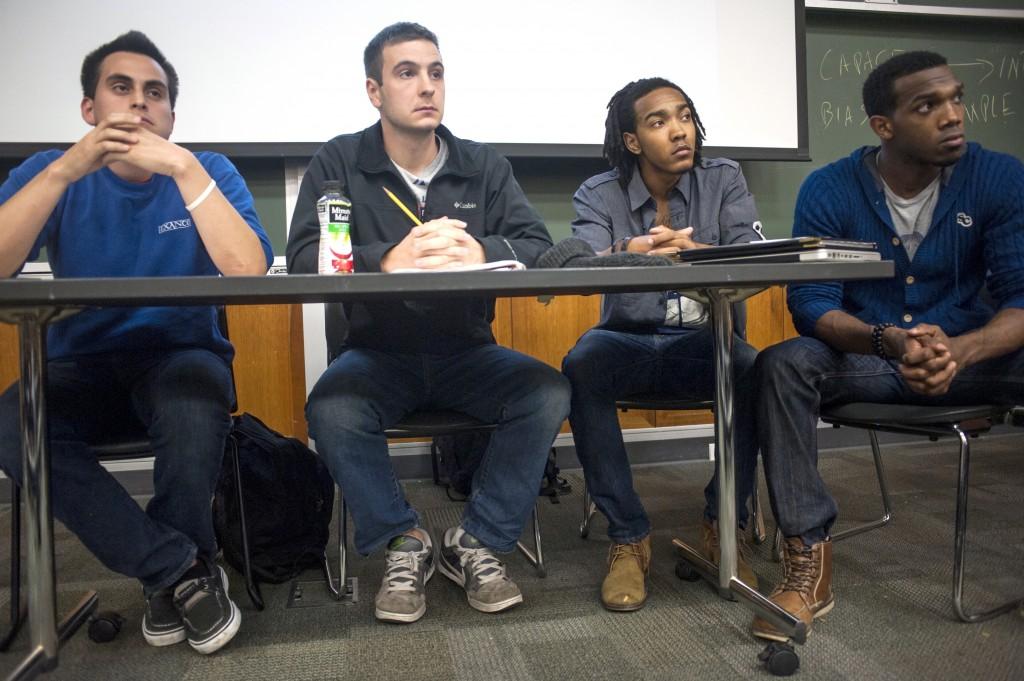 A student moderator led three student debaters and about 60 audience members for the 90-minute session in Annenberg Hall. Going into the event, the room’s vote was evenly split on the issue. By the conclusion, the audience voted more than two-to-one that race-based affirmative action should continue to exist in higher education.

“It’s an issue a lot of people have a strong opinion on because it has colored – pun intended – many of our college experiences,” said Kurtz, a former Daily staffer. “I hope it was an exchange of ideas and people got a sense of other perspectives.”

Debater Daniel Flores said too many arguments surrounding affirmative action are only race-based. He said students from disadvantaged socioeconomic backgrounds, regardless of race, are left out of the discussion, which takes away from the “diversity of experience” at NU.

On the other side, Weinberg seniors Tarik Patterson and Justin Clarke argued that pervasive racial discrimination has led to inequality at universities.

“Race is a reasonable checkpoint to keep in place,” Patterson said. “While it may be redundant, it’s worthwhile.”

Patterson and Clarke, both members of the black student alliance For Members Only, noted that NU’s continuing lack of diversity hurts both minority students and campus culture overall.

“Affirmative action isn’t supposed to bring people into organizations, but to develop them,” Patterson said.

In response, Flores questioned whether racial categories apply to admissions, since many students do not identify as a single race or fall under those listed on the Common Application.

After the debaters gave their three-minute opening statements, the majority of the time opened up for audience discussion. The dialogue varied from personal accounts of affirmative action to nationwide education problems that promote inequality at the grade-school level.

The group also talked specifically about NU policies and how they could change if the Supreme Court strikes down affirmative action. Weinberg senior Hayley Stevens, associate vice president for the Associated Student Government Diversity Committee, said if affirmative action is ruled unconstitutional, contingency plans for admissions include mandatory interviews for all prospective students.

At the end of the debate, the audience voted 25-10 negating the original resolution that race-based affirmative action in higher education should no longer exist.