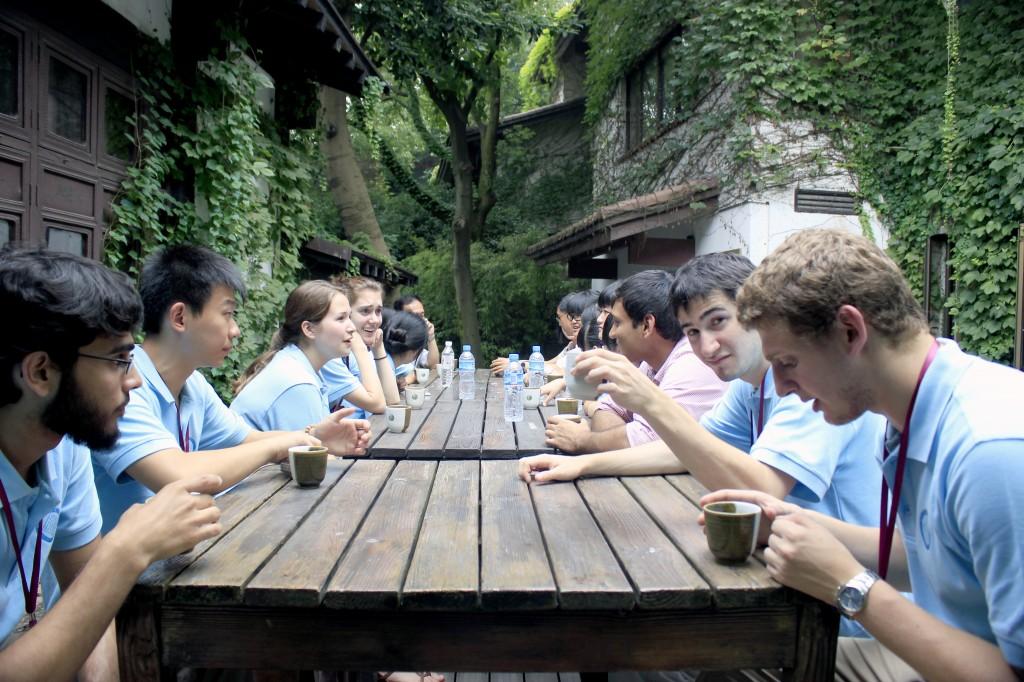 Northwestern students from the Green Tech trip to China have tea together. The trip was funded by a federal grant proposed by President Barack Obama.

Northwestern students who spent this summer in China shared highlights from their experiences Friday, ranging from their perceptions of Chinese culture to language barriers they encountered.

During a reception at Norris University Center, African and Asian Languages Prof. Li-Cheng Gu said he has been taking groups to study language and culture at Peking University for the past 11 summers. Gu said he usually takes 50 to 60 students, but this year an additional nine students joined him in Beijing for a new program.

As part of President Barack Obama’s “100,000 Strong” initiative, the Wanxiang Fellows Program sent the students to China to study green technology and environmental sustainability. NU first got involved with the program in the spring.

“It’s such an important area,” Gu said before the reception. “The environment is not only China’s issue but the world’s issue. We should resolve this issue together. Politically it’s a great thing for students.”

Unlike the majority of those under Gu’s instruction, this group departed to Hangzhou after a month in Beijing to complete a two-week intensive program at Wanxiang Polytechnic, exploring issues of energy technology and visiting power plants.

Gu said he flew with this group to Hangzhou to “help them settle down,” then returned to Beijing to “take care of the rest of the family.”

Communication junior Maddy Low was among the group of nine continuing to Hangzhou. Low has studied the Chinese language for six years, all under the instruction of Gu. Low was Gu’s student during her four years at Glenbrook North High School in Northbrook, Ill. She went on to study with him at NU as well.

She said her Chinese language proficiency definitely added to her overall experience.

“I was more willing to go out and do things without worrying about getting hopelessly lost,” she said.

“He was removed enough from America to not have a bias towards America,” Low said. “It was an interesting standpoint.”

Other students, including Weinberg senior Yousuf Ahmad and McCormick senior Ravi Patel, chose the public health track. Neither had experienced any language training prior to their summers in China.

“I set out to challenge my preconceived notions about Chinese culture,” Ahmad said. “I realized that anywhere you go, people are going to be people. The Chinese people are very welcoming people.”

Patel responded similarly to his experience.

“It was great to get out of my comfort zone,” Patel said. “All of the small things like going for a hair cut … it was hard because I had to show instead of tell.”

After having spent extensive time in China himself, University President Morton Schapiro said the new program makes him proud to be president.

“The marriage of environmental studies with Northwestern with China is just a dream come true,” Schapiro said. “China has always been in my blood and soul.”

The program was very well-received and will continue next year, said Devora Grynspan, NU’s director of international program development.

“We hope to have an even higher response next year,” Grynspan said. “We have already started advertising.”