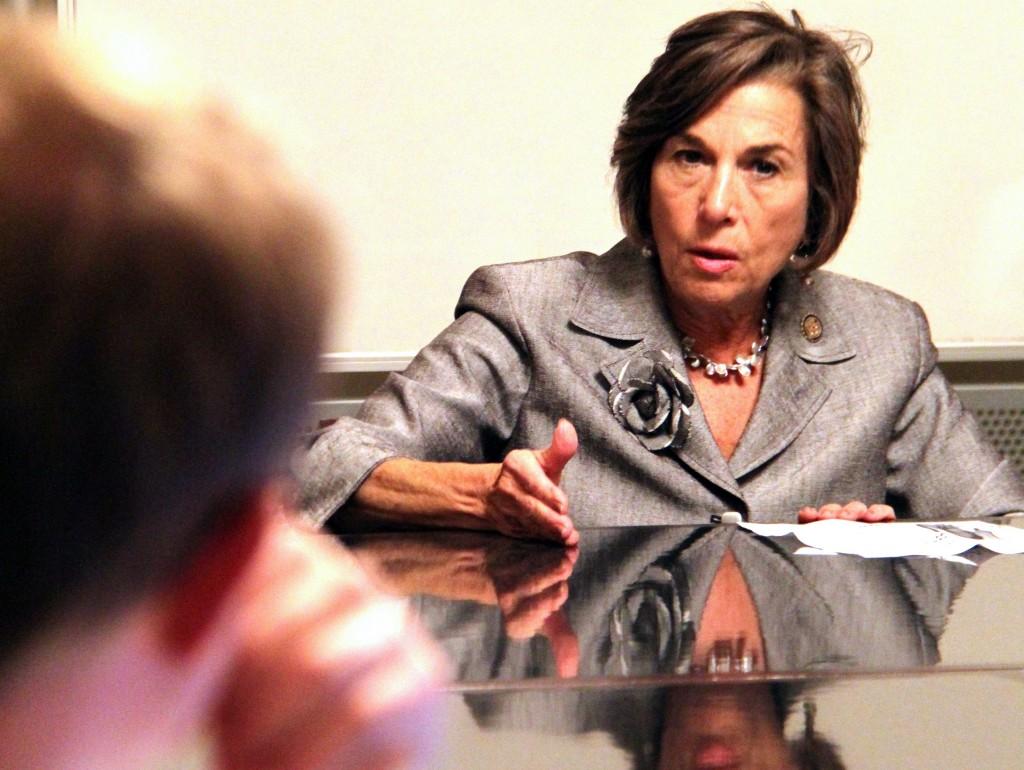 Congresswoman Jan Schakowsky (D-Ill.) speaks at an event organized by the Northwestern Political Union. Schakowsky weighed in on the presidential election, which is less than a month away.

Schakowsky, a representative of the ninth district, which includes Evanston, spoke adamantly to about 30 students in Scott Hall about many of her political beliefs and the importance of the upcoming election.  The talk, hosted by the Northwestern Political Union, covered topics ranging from healthcare to immigration to alternative energy.

Schakowsky is running for reelection against Republican candidate Tim Wolfe. She will be seeking her eighth term in the House of Representatives, where she currently serves as Democratic chief deputy whip.

Student questions pushed Schakowsky to explain her record on a number of issues, including her opposition to the Simpson-Bowles commission and her support for teachers unions following the Chicago strike last month.

Shakowsky said she attended the Chicago Teachers Union rally the Saturday before the vote to show her support for the teachers. More funds should be directed to teachers to better support low income communities, she said.

“We have to invest in teachers,” she said. “As a former teacher, I believe teachers go into it because they want to do a good job and often are not fully equipped.”

Michael Kurtz, co-president of the Political Union, said he was glad the organization was able to bring in such a high-profile speaker so close to the election.

“I admire the width and breadth of her knowledge,” said the Weinberg senior and former Daily columnist. “She was obviously very well versed on every topic, and I think she really had a lot of intelligent things to say.”

Weinberg sophomore Steven Peterson, a member of the Political Union, said he did not know much about the congresswoman before her visit but was excited to “pick her brain” on the issues prevalent during this election season.

“I think it’s good for politicians to talk to young people, college students,” Peterson said. “It’s not really a demographic, if you look at the campaign and contributions, that they need to care about that much, but it’s important that they come to talk to us.”

Schakowsky agreed with Peterson, explaining why she would take the time during the busiest part of election season to come talk to college students.

“I think it is so important that young people feel a stake in this election,” Schakowsky told The Daily following the talk. “We hear so much about apathy among young people, but there is so much at stake for college students, for young adults to care about this election, so I try not to miss an opportunity to do that.”