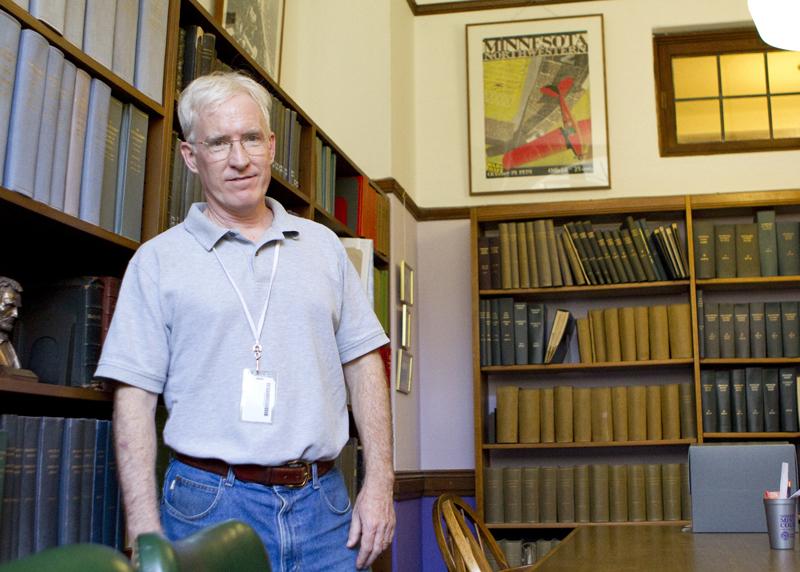 On the southeastern most edges of Northwestern’s campus, beneath the fliered walkways and lecture halls, lies a vast cavern filled with precious artifacts. Though it sounds like the beginning of a fantastical story involving and a secret treasure map, this X marks the spot of one of the three locations of the University Archives.

Founded in 1935, the Archives hold 24,000 linear feet of documents and artifacts ranging from a collection of old fliers to the personal correspondence of famous alumnae to chunks of old buildings that have since been demolished.

In Deering Library, Main Library and this underground facility, rows and rows of shelves are crammed with boxes with labels such as “1996 Pepsi can with football schedule printed on back” and “Homecoming Buttons.” What started out as a place to store important administrative and legal documents has evolved into a trove of historical objects, sometimes having nothing more to do with the university than the fact that their original owners were once students here.

“People are pretty pleased to find out that we have stories; there are a million stories about Northwestern and all of the people who’ve been through here in the last century and a half,” University Archivist Kevin Leonard said.

As the lead archivist, Leonard’s job consists primarily of contacting people with ties to the university — alumnae, relatives, professors — in hopes of adding to the university’s collection of records and artifacts. However, he also spends much of his time trying to publicize the Archives.

“We’re not in the business of collecting things just so they can sit on a shelf,” Leonard said. “We want to share the material we have as best we can.”

Attempts to reach a wider population include a Facebook page — where Leonard posts pictures of old photographs of Northwestern landmarks held in front of the modern day version — and a Twitter account that shares notable events that occurred each day in history. Student groups such as Cuts and Grinds have also popularized the Archives by using its collection of photographs to compare past Northwestern traditions to current ones. However, some students said they had never heard of the Archives or utilized its resources.

“The Archives are sort of a hidden gem,” Weinberg professor William Haarlow said. “Not many students know about it if they even know it exists at all, which is unfortunate because the Archives are a real asset.”

Haarlow teaches History of Higher Education in America, an American Studies seminar that focuses primarily on American universities. For the final, students are required to write a research paper about some aspect of Northwestern University and give a presentation on it.

“The Archives provide a great hands-on way for students to engage in the work of student research,” Haarlow said. “A lot of what we do in the class would not be possible without them.”

According to Haarlow and Leonard, the relatively small number of students who do find their way to the Archives usually make comments along the lines of “I wish I’d known about this place sooner.”

Leonard said that he hopes that the current efforts to publicize the Archives combined with the new collections being brought in —some of which have so much historical significance that they are being kept top secret until the Archives staff is ready to share them with the world — will attract the curiosity of students and researchers.

“We’re always looking for materials that we think will hold interest to researchers in the future,” Leonard said. “Our ability to make good use of the information we’ve collected relies entirely on letting people know we’re here.”