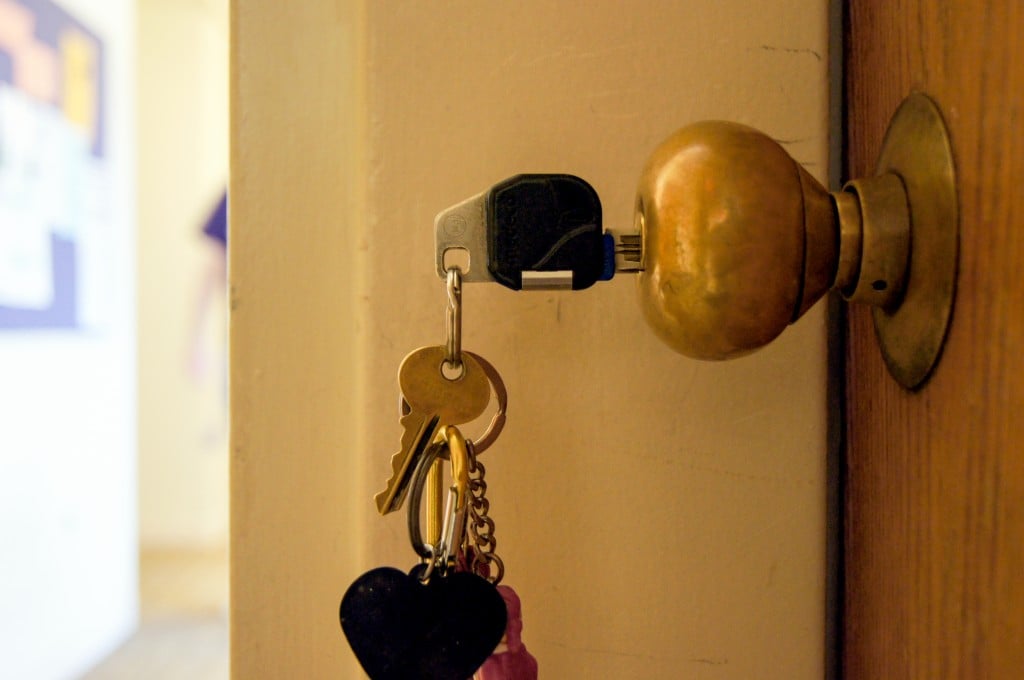 As part of a new University policy, on-campus dorm residents who get locked out of their rooms and need help from their community assistant three times will be charged $200 for a lock change.

As part of a new university policy, on-campus dorm residents who get locked out and need their community assistant to unlock their door three times will be charged $200 for a lock change. The policy applies whether students have lost their keys or not.

For each lockout, dorm residents will go through a three-step process, including receiving a copy of a ticket tracking their lockouts, showing their keys to their community assistant, and meeting with the area coordinator, according to an email sent Sept. 26 to 1835 Hinman residents by community assistant Vivian Wang.

“For your third lockout, you will be charged $200 for a lock change fee and will be asked to meet with the area coordinator,” Wang, a SESP junior, said in the email. “This policy is held throughout the school year.”

Colquitt mentioned that residents are allowed two free lockouts before they are charged. He noted the process would restart following the fourth lockout and said it is possible for a students’ locks to be repeatedly “re-cored” if they continue to lock themselves out.

This new protocol does not replace the lost keys policy, which states that the standard fee is $181 for a lock change if a resident loses the keys to his or her room.

Previous university policy for lockouts involved charging students small fees for every lockout, according to the Division of Student Affairs residential services website.  The website states that the money collected through these fees would be donated to charity.

Currently, the residential services website reflects the old policy. Multiple representatives from University Residential Life could repeatedly not be reached, and multiple area coordinators declined to comment on the change. When contacted, University spokesman Alan Cubbage said he was unaware of the new policy.

Pascual O’Dogherty, a McCormick sophomore living in Rogers House, said he preferred the lockout policy of past years.

“The lockout fee they already have (is) annoying to pay, and it’s a hassle, (but) it’s a good reminder to take the keys with you,” O’Dogherty said.  “To increase dramatically that fee after the third time you lock yourself out – it’s more of a punishment than a lesson.”

But Communication sophomore Cassie Bowers said financial burdens are a major concern, especially for students who would have difficulty paying the fee.

“I don’t understand why they need $200 to let you into your room three times,” said Bowers, who lives in 1835 Hinman.  She said she believes that involving a fiscal punishment creates an unfair standard, and said her friend lost his keys last year and had to pay the fee.

“Since he was from a family that could handle it, it was okay,” she said.  “It makes it so that people who don’t have money have to be really, really careful.  And people who can pay it, it doesn’t necessarily make them more responsible.”

Some students, including Bowers, were not aware of the change in policy or had heard of it only by word of mouth.

“Especially for me as a returning sophomore, most of those (mass) emails have been about things that I already knew about, so I haven’t been particularly thorough about reading those,” Bowers said.