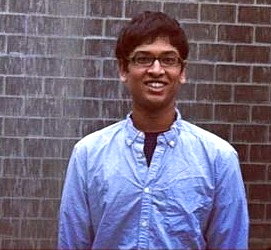 Authorities pulled the body of Harsha Maddula out of Wilmette Harbor on Thursday, six days after the Northwestern student went missing, touching off an exhaustive search that included hundreds of student volunteers, family members from across the country and nearly two dozen law enforcement agencies and fire departments.

At a news conference Thursday night, University spokesman Al Cubbage said University Police was notified around 7 p.m. that a body was found in Lake Michigan. Maddula’s wallet, WildCARD and cell phone were with the body, Cubbage said.

Maddula was pronounced dead at 10:45 p.m. Thursday, according to the Cook County medical examiner’s office. As of early Friday morning, there were no indications of trauma on Maddula’s body.

Cubbage told reporters that investigators from the Wilmette Police Department have not determined the cause of death, but there were no signs of foul play on the body.

In an email to the NU community, University President Morton Schapiro expressed his condolences to Maddula family members who had flown from Long Island, N.Y., to Chicago in search of their loved one.

“The loss of one member of the Northwestern community deeply affects us all, and as we start the new academic year, normally a time of joy and optimism, we do so this year with a heavy heart,” Schapiro wrote.

Maddula vanished early Saturday morning after leaving an off-campus party with friends. UP was notified Saturday evening. Maddula’s parents and NU students did not learn that the sophomore was missing until Monday, when UP called the Maddula family and the University issued an emergency alert notice.

Maddula’s disappearance swept campus into a tumultuous week of search parties, news conferences and mass flyering as family, friends and even strangers hunted for any clues about Maddula’s wherabouts. Hundreds of students spent the first day of classes combing campus and the surrounding areas.

Authorities began searching the waters of Lake Michigan for a body Wednesday after they learned a Wilmette cell tower had received a “ping” from Maddula’s phone about an hour after he was last seen. The lakefront search was called off Thursday, when Cubbage told reporters that Wednesday’s operation had not been successful and weather conditions had become too prohibitive for a second try.

Around 10 p.m. Thursday, a solemn-looking Cubbage held a news conference to announce that Wilmette Police had discovered a body believed to be Madulla’s.

Cubbage told reporters that Maddula’s body was found floating between some boats in Wilmette near the Sheridan Road Bridge.

“Why the body was found today and not yesterday during the extensive search that occurred? I don’t know the answer,” Cubbage said, referring to Wednesday’s all-hands-on-deck search.

Cubbage said cell phone signals examined by investigators are “consistent with someone walking” from the off-campus party at which Maddula was last seen to the area surrounding Wilmette Harbor.

Less than an hour after Cubbage’s announcement, Associated Student Government released a statement through vice president Brad Stewart describing Maddula as a “cherished member” of the NU community.

“It is during moments like these that the true strength of our Northwestern family shows,” the statement said. “We are stronger than we ever could be apart. We are one Northwestern.”

At a news conference Thursday morning, Cubbage implored students to share any information that they may have had about Maddula’s situation, calling the void of credible leads the “biggest challenge” facing authorities since Maddula was first reported missing.

“Have we talked to all the people that we need to? Are there others who were there that we haven’t reached?” he told The Daily after the news conference. “That’s why we want anybody who knows anything to come forward.”

As Cubbage briefed reporters, students experiencing their first day of classes craned their necks to catch a glimpse beyond a parade of broadcast news trucks.

Information about Harsha Maddula’s disappearance can be reported to University Police at 847-491-3254.