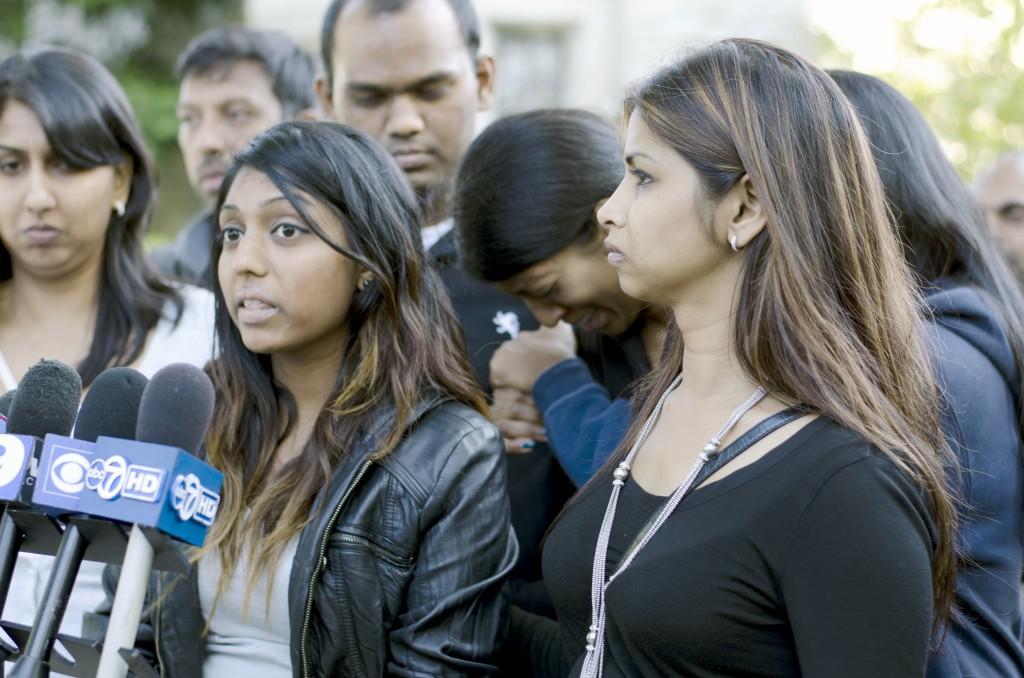 Members of the Maddula family held a news conference Friday evening where they repeatedly told reporters that they do not believe Harsha could have committed suicide. Sushma Maddula, Harsha's cousin, said the family plans to continue demanding answers from the University about the McCormick sophomore's disappearance.

Maddula’s family members repeatedly told reporters this evening that they do not believe he took his own life.

“There is a lot of gossip and rumors and statements being made in the media, just around campus,” said Sushma Maddula, Harsha’s cousin. “One of the main statements I want to defend is that this was not a suicide.”

Sushma did not address specific misinformation. Instead, she spoke of Harsha’s character, calling him the smartest of all her cousins and referencing his dreams of becoming a doctor. She said Harsha “begged” his parents to be able to pursue those ambitions at Northwestern.

Evanston Police Chief Richard Eddington was seen meeting with family members before the news conference, but Sushma said she did not have any new information to share.

Harsha’s mother and father were not at the news conference.

“They stayed positive throughout,” Sushma said of Harsha’s parents. “Not one time during the last six days did they say, ‘What if?'”

The cause of Harsha Maddula’s death was drowning, according to the Cook County medical examiner’s office. The manner of death is currently undetermined.

On Thursday evening, investigators from the Wilmette Police Department found the missing Northwestern student’s body in Lake Michigan. Maddula had not been seen since leaving an off-campus party early Saturday morning.

Surekha Maddula, Harsha’s aunt, told The Daily this afternoon that her family plans to continue demanding answers from the University about the McCormick sophomore’s disappearance.

“We are just encouraging everyone to stay on the topic,” she said. “We don’t want to give up.”